During FIAC week, pact is proud to invite you to Ethan Greenbaum’s opening on October 20th.
Referring to the artist’s inspiration for photography, «Cold frame» -Greenbaum’s first solo show in Europe- will include a vintage piece by the American photographer Aaron Siskind (SAGE Gallery).
20 October – 1 December 2016 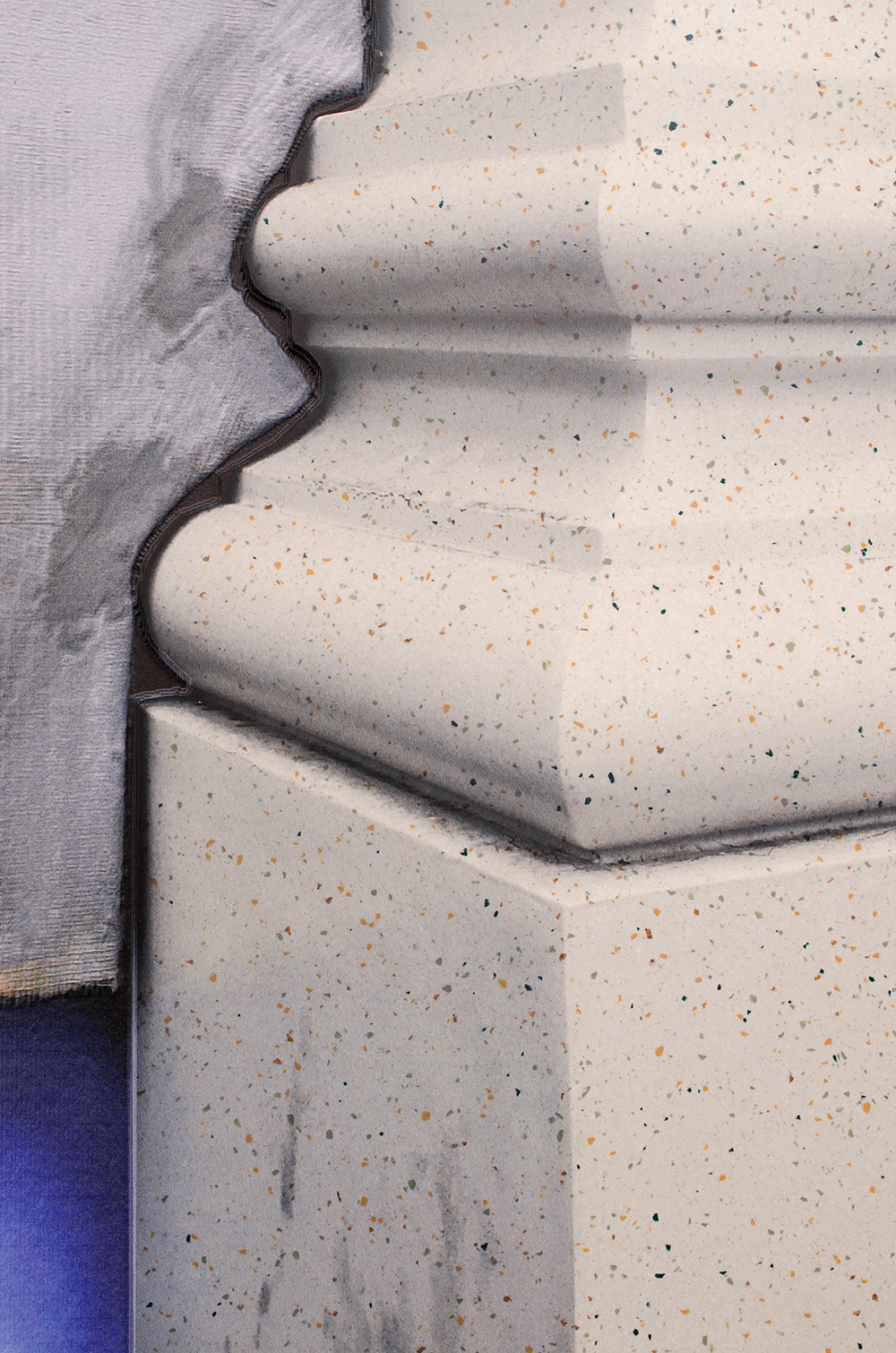 A process of intrusion marks Ethan Greenbaum’s practice. On his walks through the city, he encounters the leftovers of construction sites, fragmented building materials, and peeling ephemera —surfaces that once masked or lay beneath edifices and scaffolding alike. In these walks, Greenbaum is no flâneur but rather a transgressor into these specialized spaces.

Taking photographs of these incursions, he then digitally manipulates them in the studio. He adjusts their contrast and saturation with an eye to preserving the readymade image. These photos are output via printing methodologies that confuse our presumptions about where they originate and where they could possibly reside now. This is visual language at street level—the horizontal city, which allows Greenbaum to accentuate the manner in which materials depict the tangibility of themselves. For instance, the image of a brick reprinted onto Plexiglass® still conveys the immanence of brick. We are clued into this from its pockmarked texture, the variations of the surface, and by the tactility of the mortar seeping out from between the seams.

He heightens this optical depth by digitally-carving surfaces based on the value range inherent in the images. Areas like shadows that 3D software reads as depth may in fact be topographically raised, creating a dissonance between machine based perception and our own. In addition, he prints the original image atop these carved substrates, creating a tension between the zenith of surface and more deeply carved areas. The seemingly illogical procedures of the digital router are superimposed with the voluptuous color of his prints. This process creates a haptic tension accentuated by his use of reflective materials, scalar shifts, and hyperbolized pixelation—assuring us this is not merely documentation, but an interrogation and reframing of his source.

In Greenbaum’s focus on the transitional, there is an entryway into the slippages of the contemporary city. The way in which we spend time with mutable structures or momentary. postings—all of which become ruins of a time past—is very much akin to Aaron Siskind’s close-up photographs of remnants. The decision to include Siskind’s Alcoman, 1950 in the exhibition allows the viewer a contemplation on what Siskind called a redemption of the ruin. In his photography, Siskind is calling attention to the residual, but it begs the question: how do elements of the past construct our experiences of the now?

Hovering over the desk in Greenbaum’s exhibition, Siskind’s black and white photograph elicits congruencies between his modern photography and Greenbaum’s contemporary practice.

Alcoman proposes a point of contrast to much of the material changes in photography of the last 9 years. During this period, artists such as Greenbaum have taken the photographic image as a starting point to explore facets of painting, sculpture and installation. Siskind’s work, though radical in its time for featuring close-ups of unidentifiable subject-matter, remains traditional in its retention of an image pictured below the pictorial plane, reproduced on photo paper. Greenbaum jettisons the traditional bifurcation between what is beneath or above the pictorial plane. Whether on Plexiglass®, wood, or Corian©, he often prints his photographs on both sides of his substrate and utilizes misalignment as a means to intensify sculptural depth.

In other moments, Greenbaum seems unconcerned with physical depth and makes his intrusion into the image via illusion. At one end of the gallery, a large-scale photo installation occupies two walls. Greenbaum casually refers to these large vinyl wall wraps as a kind of wallpaper. However, he is not so much interested in the decorative qualities of traditional wallpaper. Instead he wants to bring our attention to the unstable qualities of images within the fabric of the city.

We are accustomed to how building materials wrap and enclose urban space while remaining largely invisible. Greenbaum’s wallpaper features an image of a house in construction. It is a sly and absurdist play on our understanding of illusionism in all of its two-dimensional limitations. When he photographs blue and yellow foam insulation, we know it is a finished artwork of an unfinished structure. The photograph of a window, a completed segment in the construction, juxtaposed with the incomplete feel of the foam defies our desire to look within the artwork. In this installation, we are forced to reconcile the porosity of the image as it is—divorced from the mandates of either the immersive picture or inconsequential background.

Greenbaum likes to gesture to how the image is almost an illusion of its source; is also itself; and is the obscuring material of the moment. These sort of elastic maneuvers are what allow these works to interact with the visual landscape of our present time rather than to depict it. It is what makes this less a process of redemption of the ruin and more a play with discomfort—whereby the weirdness of translation catches us unaware. 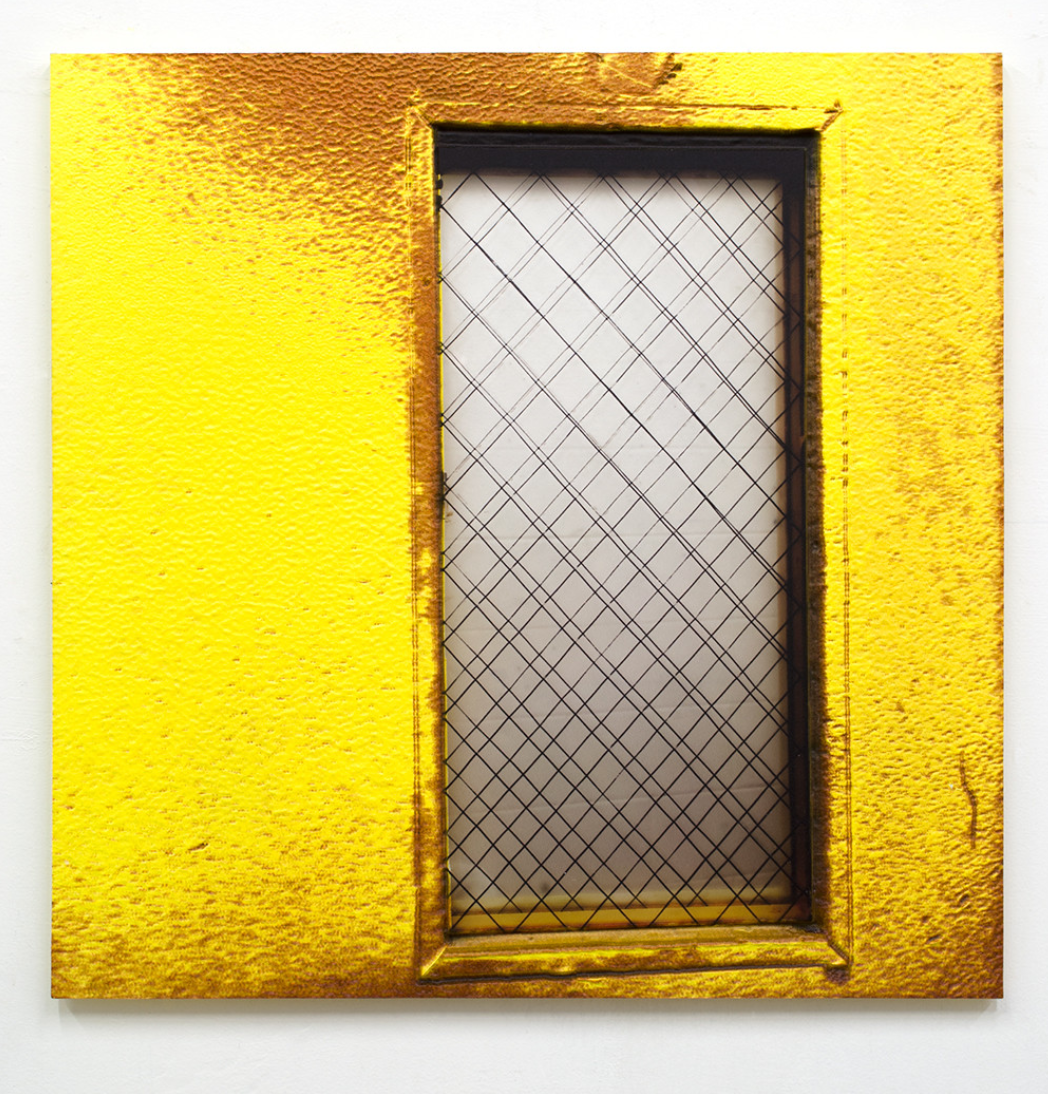 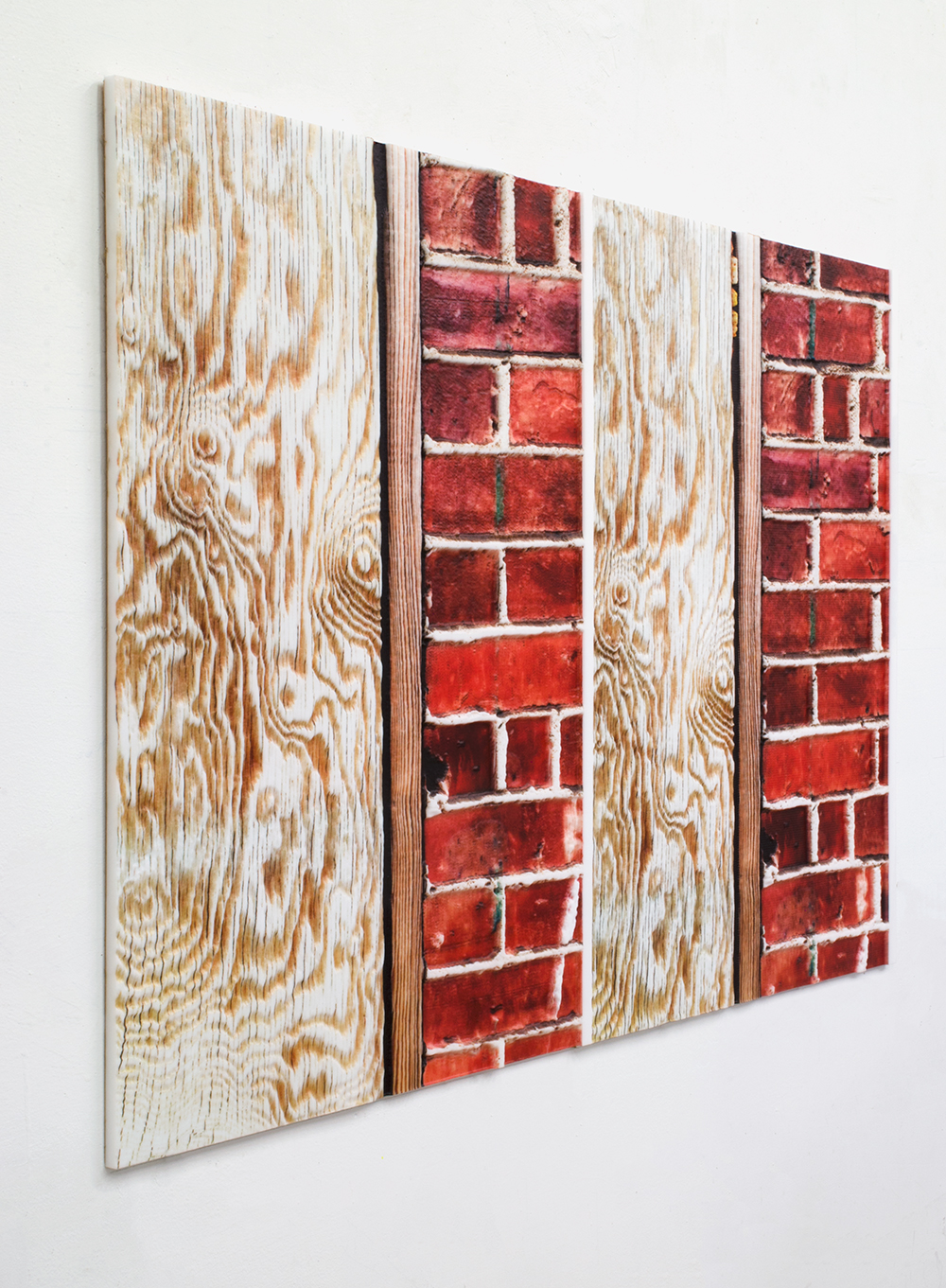 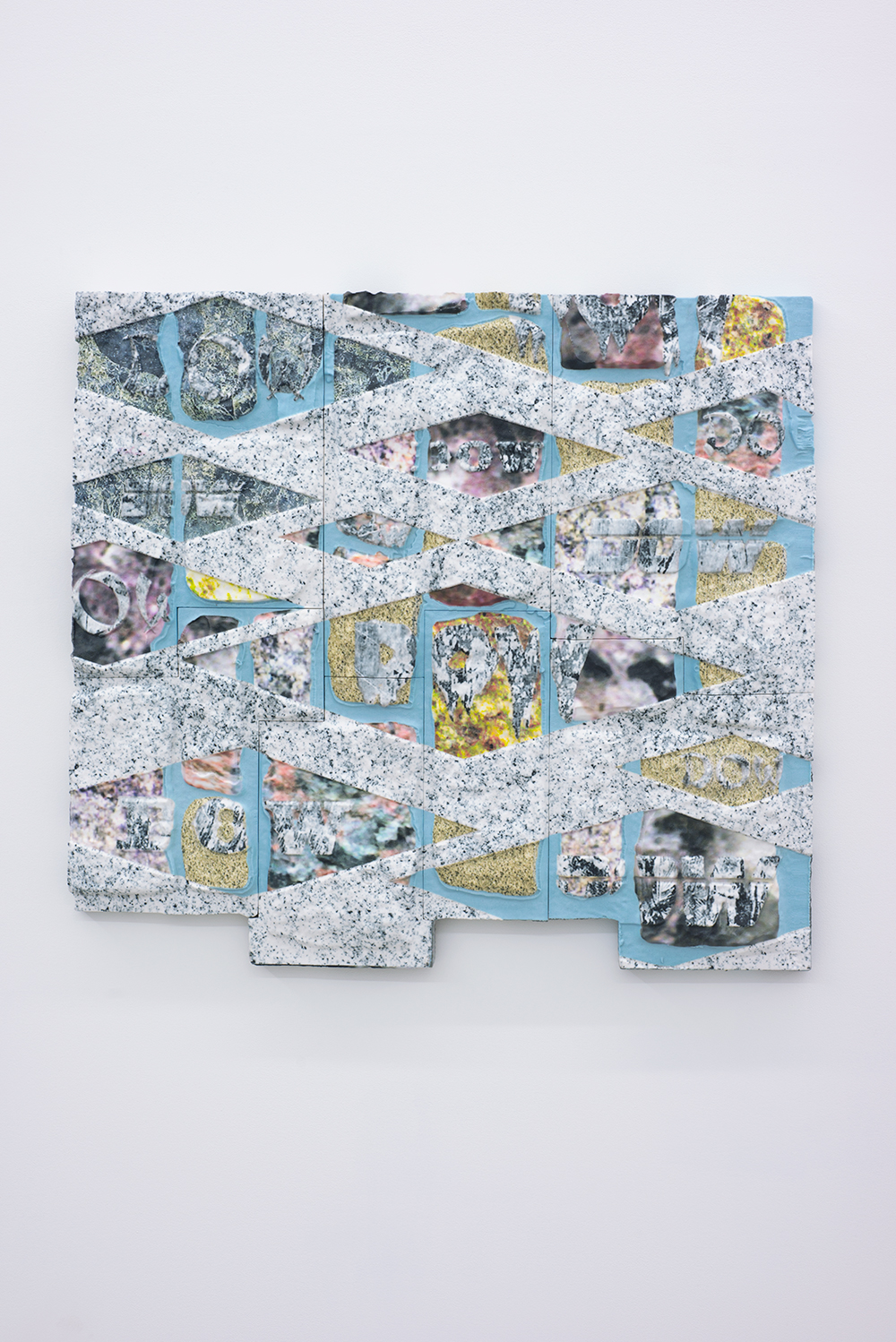 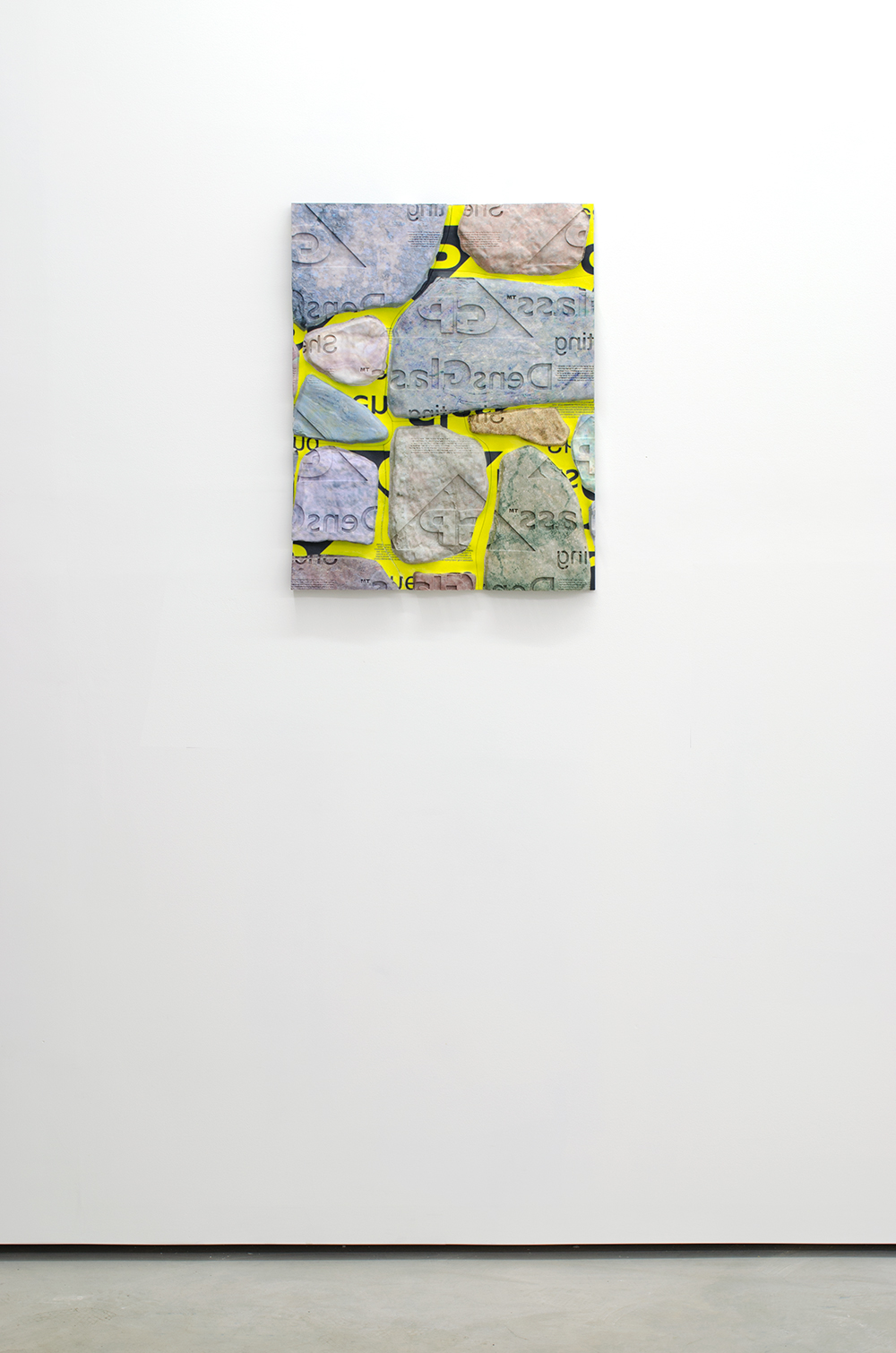 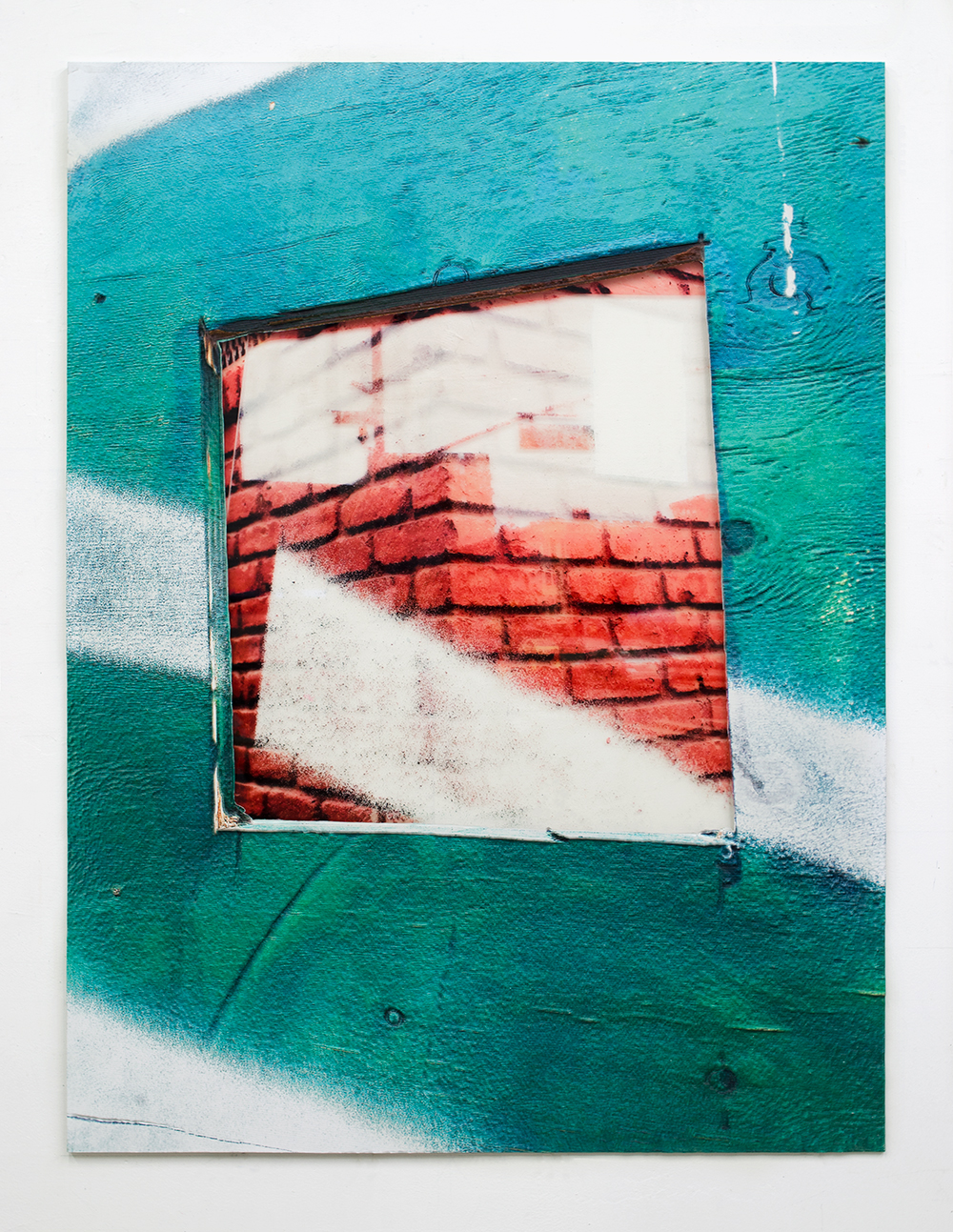 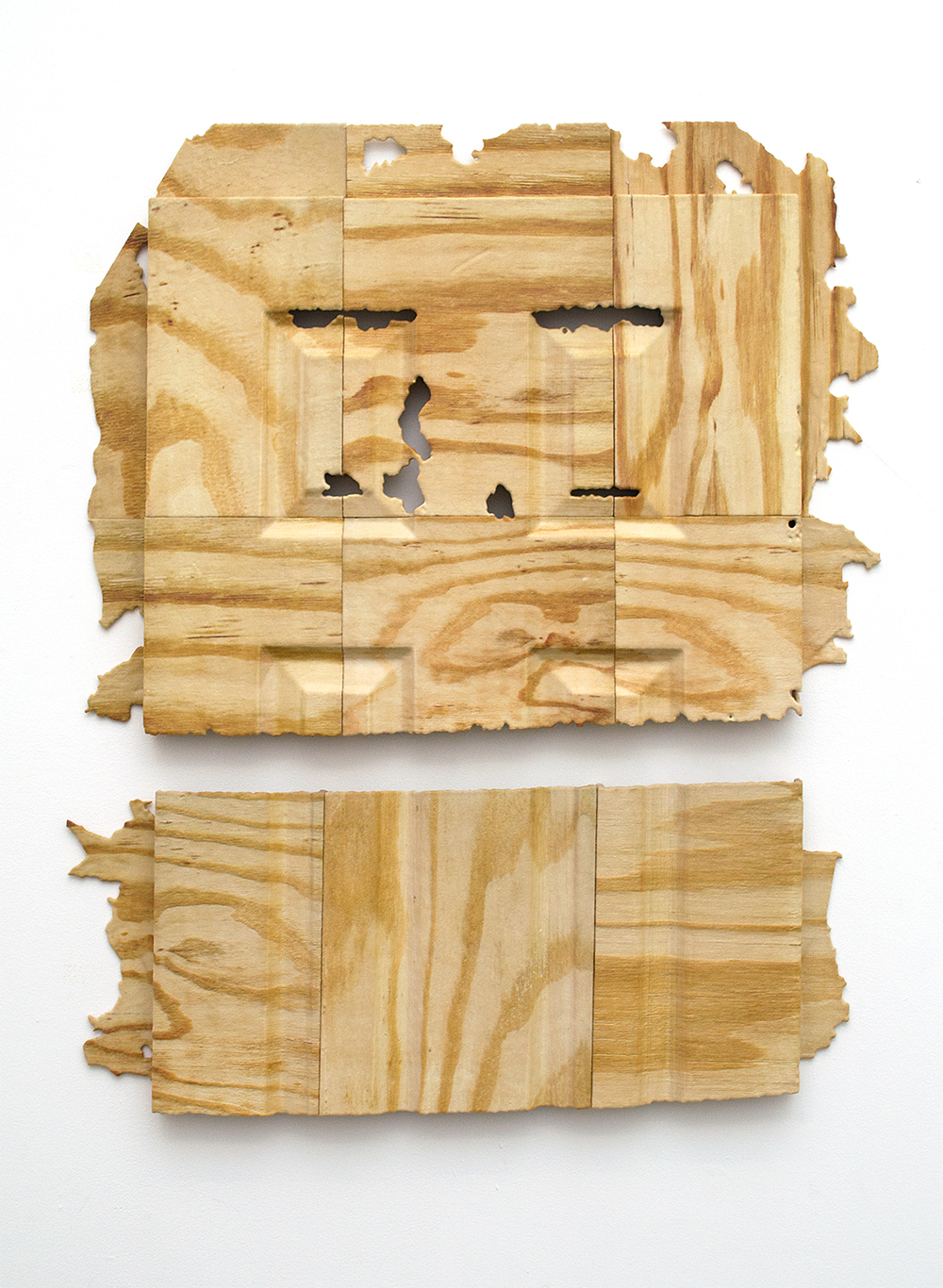 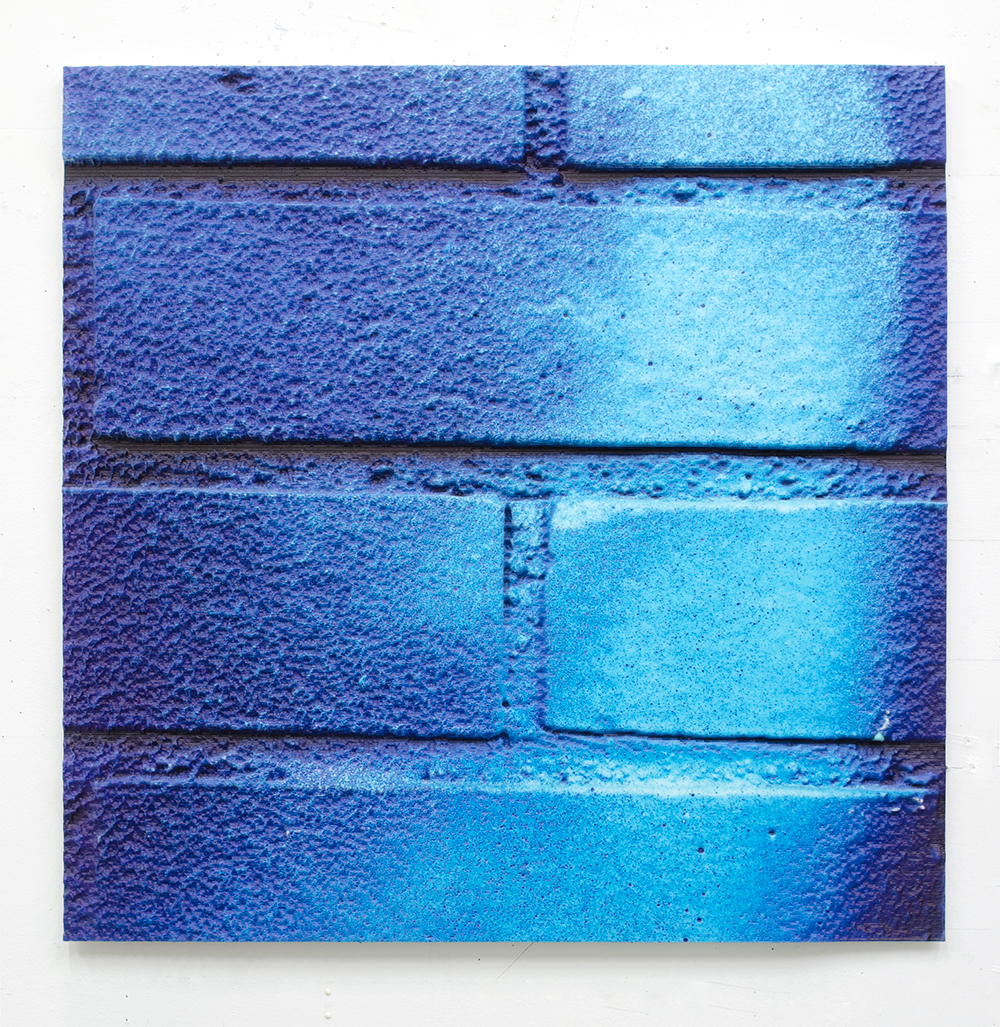