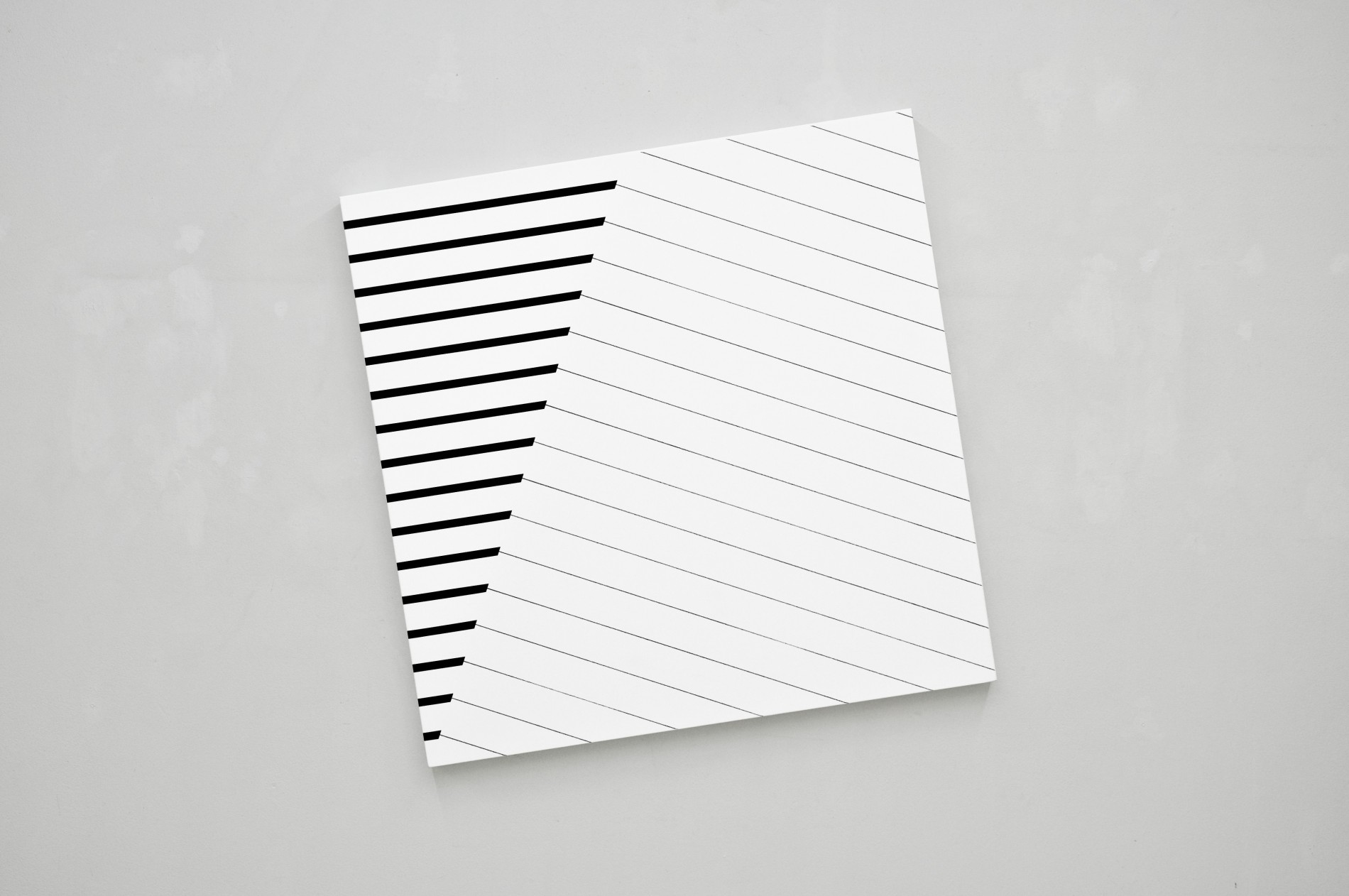 The Galerie Catherine Issert, Saint-Paul-de-Vence, and Galerie Zlotowski, Paris, are teaming up for summer-autumn 2017 to present simultaneously two exhibitions focusing on François Morellet and geometric abstraction: from August 26th to November 18th at the Galerie Catherine Issert, and from September 29th to October 31st at the Galerie Zlotowski. Curatorship of this double exhibition has been entrusted to Serge Lemoine, Professor Emeritus of La Sorbonne University, Paris. It will be the subject of a catalogue jointly produced by the two galleries, for which Serge Lemoine will write an introductory text.

Pursuing the exploration of possibilities for geometry in art, two proposals have been de ned re ecting the type of work presented by each gallery: contemporary art for the Galerie Catherine Issert, modern art and 20th-century avant-garde artists for the Galerie Zlotowski. A round-trip is thus created between past and present, echoing over a century of artistic creation, and placing the major artist that was François Morellet at its centre.

François Morellet was a self-taught artist. Wanting to exclude subjectivity from the process of creation, he invented a «systematic» syntax in 1952, composed by relying on a certain number of rules, more or less logical, mathematical and contingent. He added a geometric and abstract vocabulary, enabling him to produce compositions based on the principles of juxtaposition, superimposition, chance, interference and fragmentation.Thereby creating «discreet and absurd disorder», he re-interpreted the history of art and, in particular, that of modernity: a tribute, not devoid of humour, to his elders including Jean Arp, Max Bill, Theo Von Doesburg, Laszlo Moholy-Nagy, Henrik Stazewski, Sophie Taeuber-Arp, Joaquin Torres-Garcia, Léon Tutundjian… François Morellet worked with the Galerie Catherine Issert for 27 years, until he passed away in 2016.

For this exhibition, the Galerie Catherine Issert is presenting three artists alongside Morellet, who adhere to the line of geometric abstraction:Cécile Bart,FeliceVarini and MichelVerjux.

Using simple vocabulary (monochromes, geometrical shapes), they adopt protocols and rules, just like François Morellet, to question the place of the spectator within the esthetic eld. Often produced in situ, their works rely on architecture, light and viewpoints to compose sensitive and always original scores.With these artists, the vocabulary of geometrical abstraction becomes the translation of a phenomenonological vision reminding us of the retroversion of the gaze, between seeing and seen, dear to Merleau-Ponty : «I look at the world but at the same time, the world looks at me».

Since the 1980’s,Cécile Bart has produced abstract,monochrome «screen paintings»:«full daylight»Tergal fabrics,transparent and colour-tinted, are framed or stuck directly onto the walls. Her works are always staged and play on light, becoming more or less opaque or translucid depending on the viewing angle, movement within space, and the time of day.
Felice Varini also places the viewer’s position at the centre of his approach: always focusing speci cally on the sites which display his work, he studies their architecture, function and past, to create paintings that become their very own. Often monumental, his geometric shapes cladding the space nd coherence from a precise vantage point: once this reference point has been discovered, the spectator’s movement around the space generates an in nite number of viewpoints, thus revitalizing the architecture.

Also produced within a given time and place, works by Michel Verjux are neither sculptures nor paintings.They consist of the element essential for visual perception: light. By means of a light projection of a simple geometric shape, Michel Verjux also reveals an architectural location. He extends the notion of a work of art to encompass the space in which it is contained, which thus becomes part of the work itself.

Recalling the in uence of avant-garde artists on the work of François Morellet,two works by SophieTaeuber-Arp and Léon Tutundjian from the collection of the Galerie Zlotowski will also be on display at the Galerie Catherine Issert. 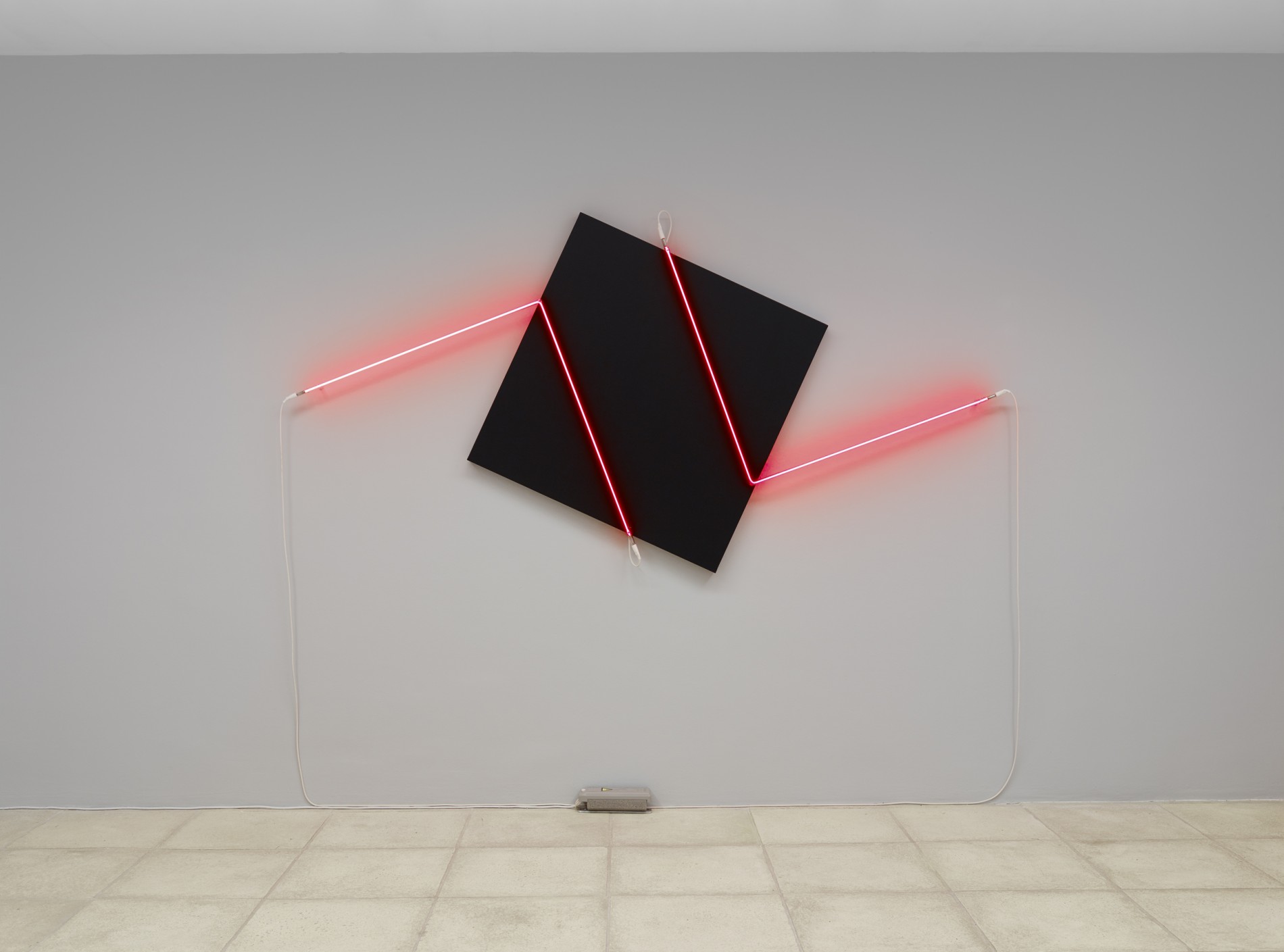 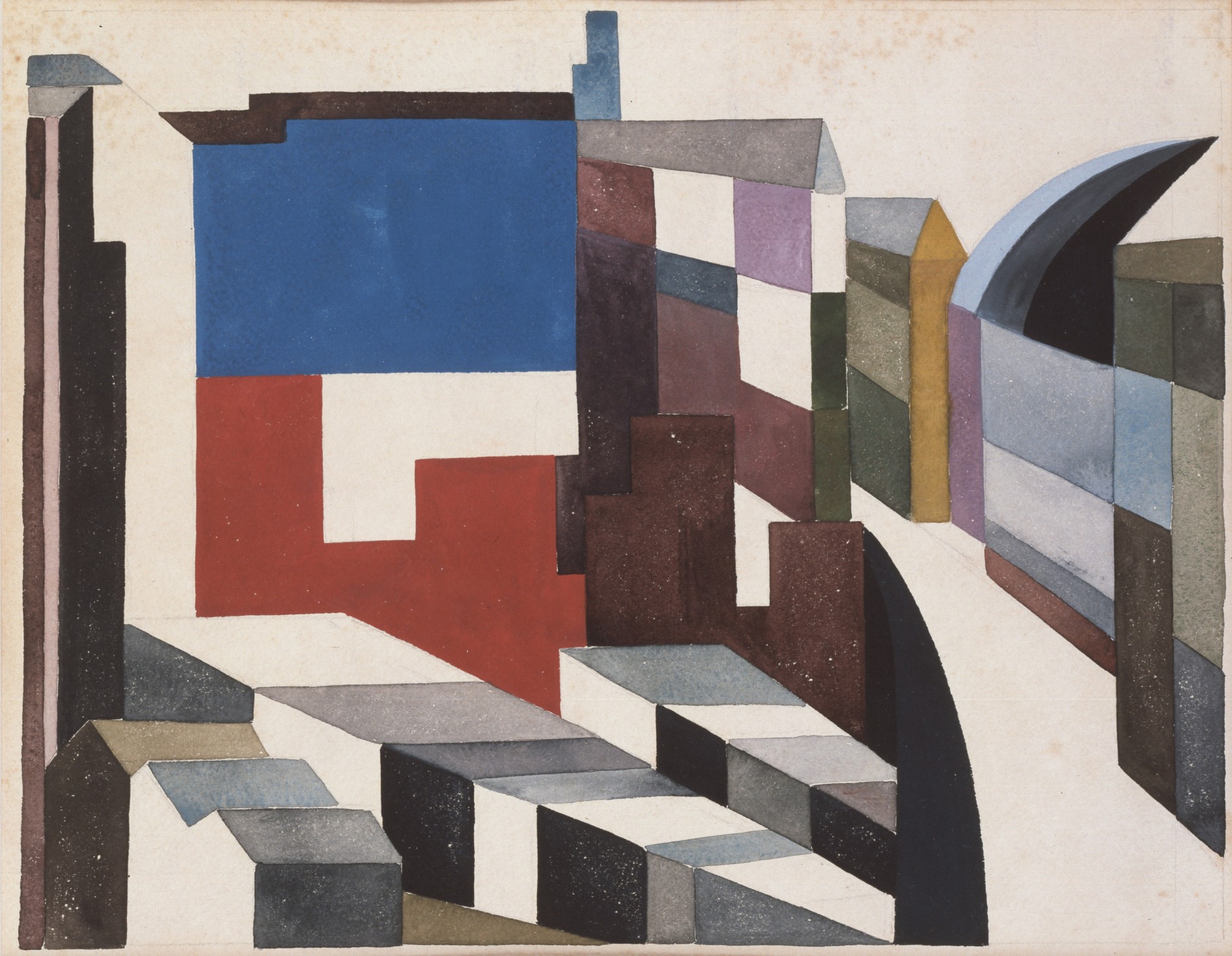 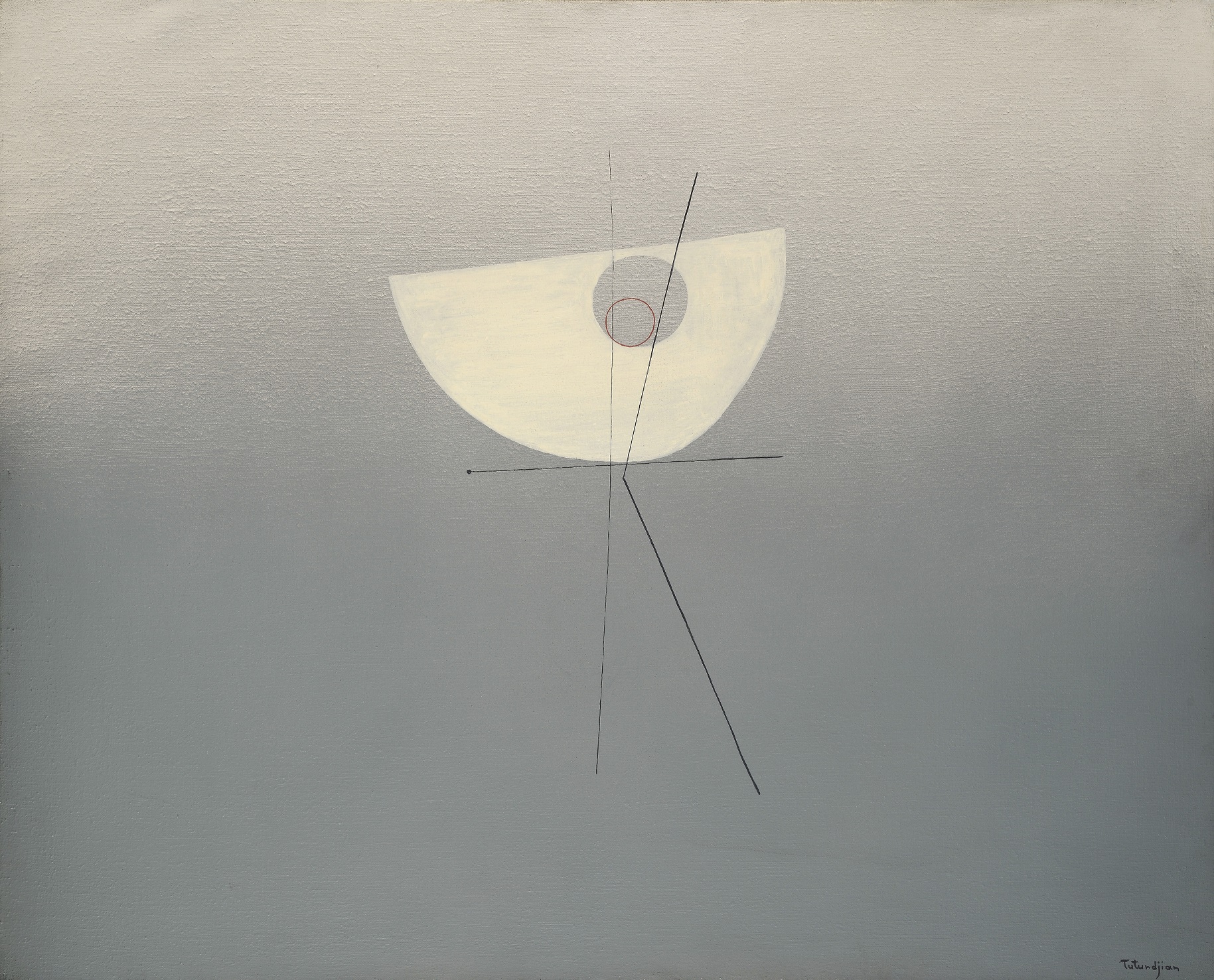 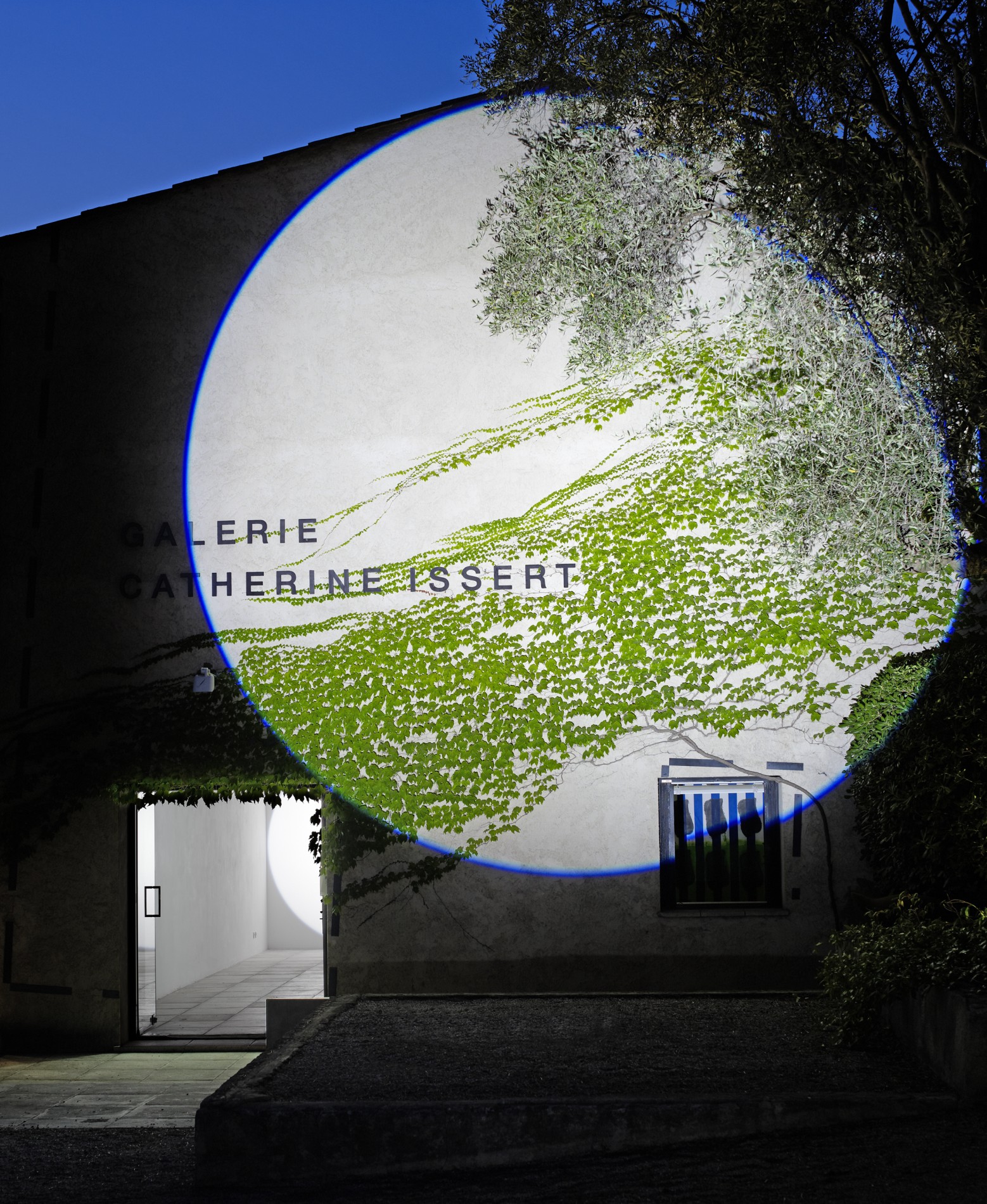