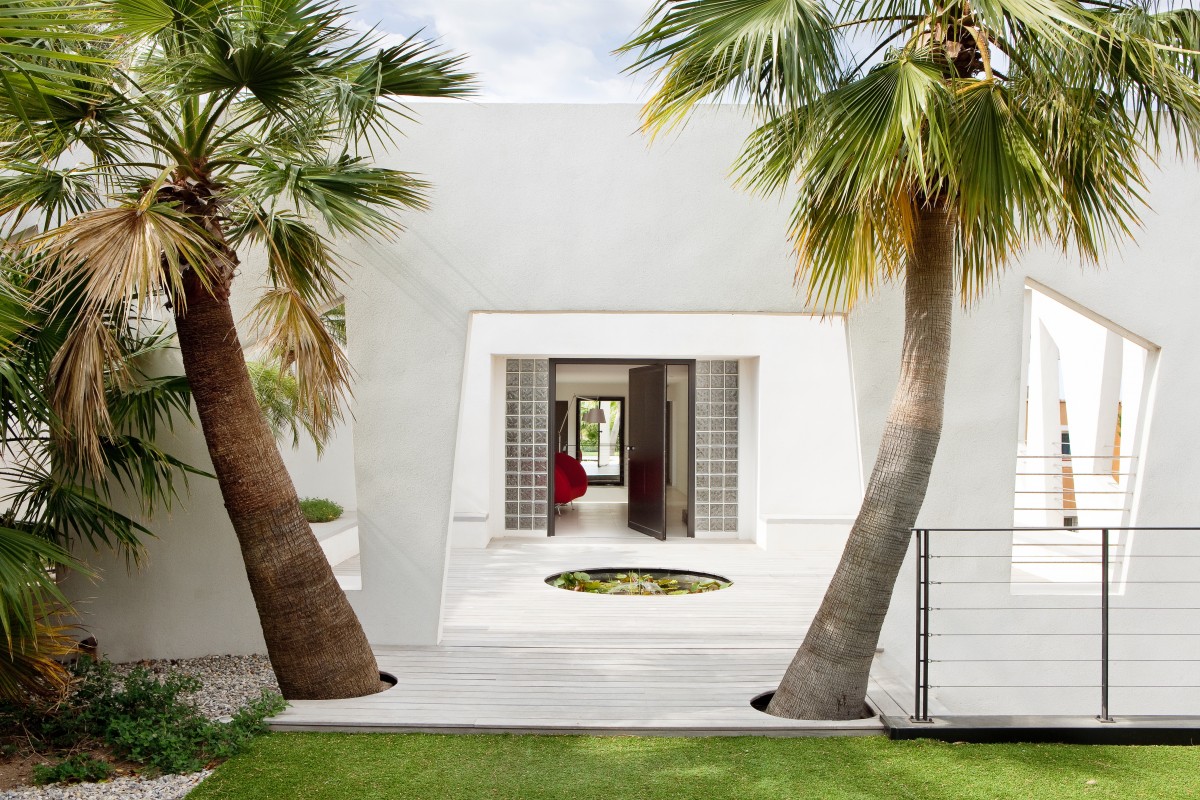 The best possible insertion of a building into a site has always guided her thinking and conceptual choices. Rigour, the right response, constructive truth, the use of constraints as creative supports, observance of the economic aspect of the project, discreet references, borrowed quotations, and poetry, are all arguments which nourish her work.Discover architect Frédérique Pyra 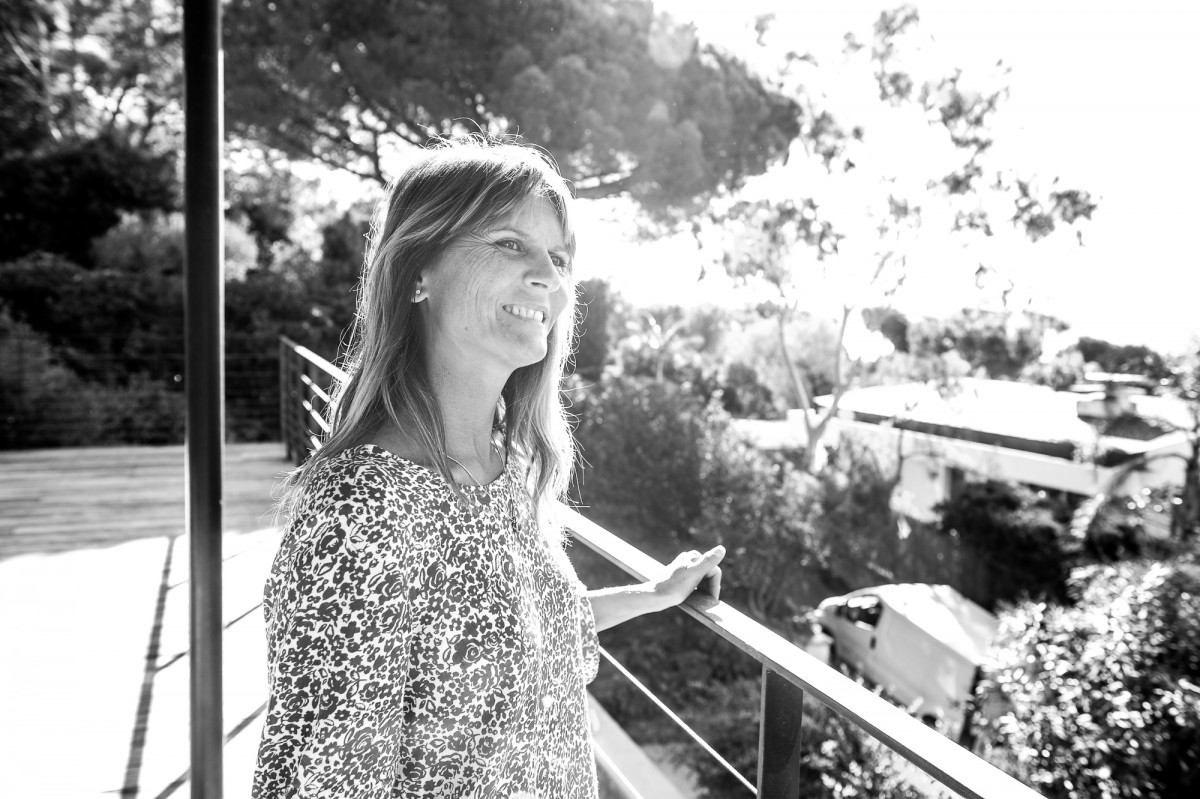 Frédérique graduated from the national school of architecture of Paris Belleville (Diploma awarded in 1989, subject: “Summer houses in Mahdiya, Tunisia”, Director of Studies Bernard Huet; the jury requested that the dissertation become the subject of a publication). After two years as a salaried architect with the firm of Patrick Berger in Paris, from 1989 to 1991 (Grand Prix in French Architecture 2004/2006), she joined the firm of Rudy Ricciotti in Bandol as head of the agency, working there from 1991 to the end of 2007 (Grand Prix in French Architecture 2006/2008).

In particular, she has worked as project leader for the MUCEM in Marseille, on the restructuring of the Grands Moulins de Paris into the Paris 7 university, the international ITER secondary school in Manosque, the Islamic Art Pavilion at the Louvre, the Louvre-Lens contest, the contest for the “Musée des Civilisations de l’Unité Réunionnaise” (MCUR), the contest for the “Musée des Arts Premiers” in Paris, the contest for the “Cité du Design” in St Etienne, the “Maison de l’Emploi” in St Etienne, restructuring of the reception at the Abbey of Montmajour in Arles, and museography for the exhibition “Les Ibères” at the Grand Palais in Paris, in 1997.

In parallel, she developed for Rudy Ricciotti the concept of seaside villas facing in one direction and semi-buried in the hillside, facing the sea (Villa Lyprendi in Toulon).

Based as a freelance architect in Hyères since 2008, Frédérique is currently working on several sites and constructions of holiday residences in the Var, beneath the sun, facing the Mediterranean…

Villa C1 in Carqueirranne: The entire house and swimming pool form a composition laid out lengthwise, totally symmetric, focusing entirely on the sea at the end of the grounds. Each sequence from the entrance patio, the main body of the house, then the pool, thus consists of a series of frames descending towards the sea.
Photos : © Serges Demailly & Pierre Jean Verger 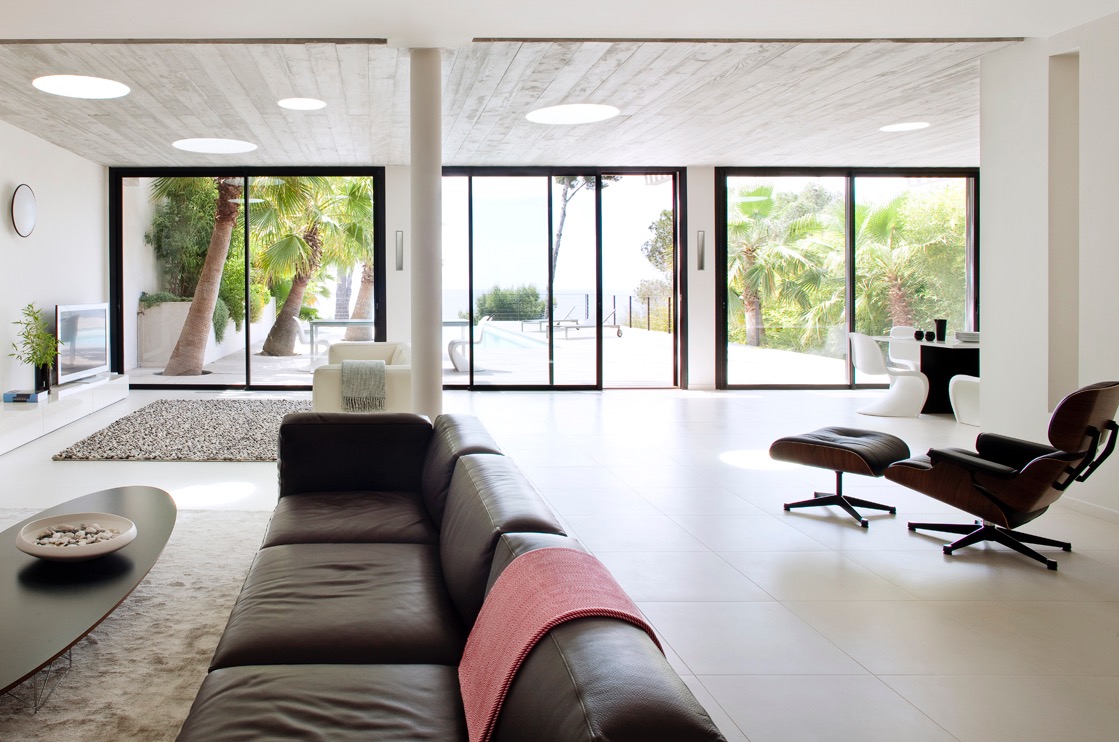 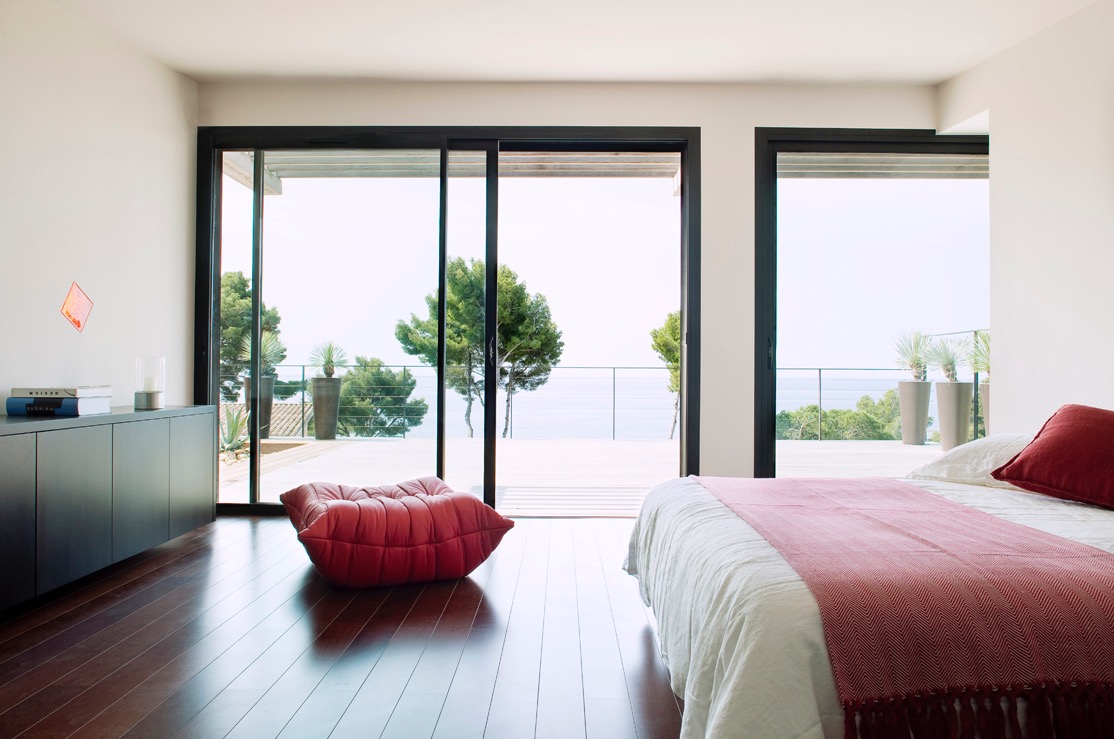 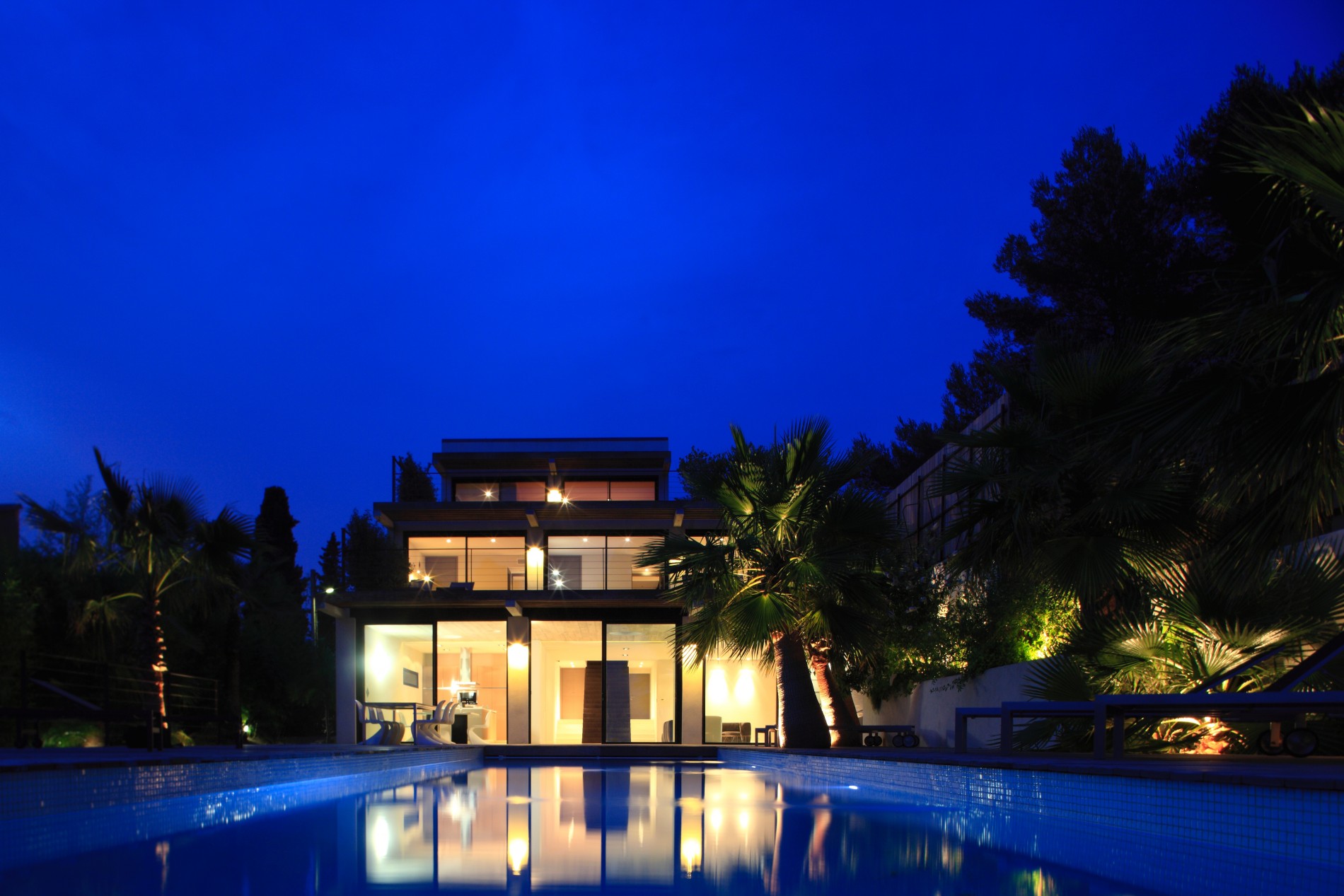 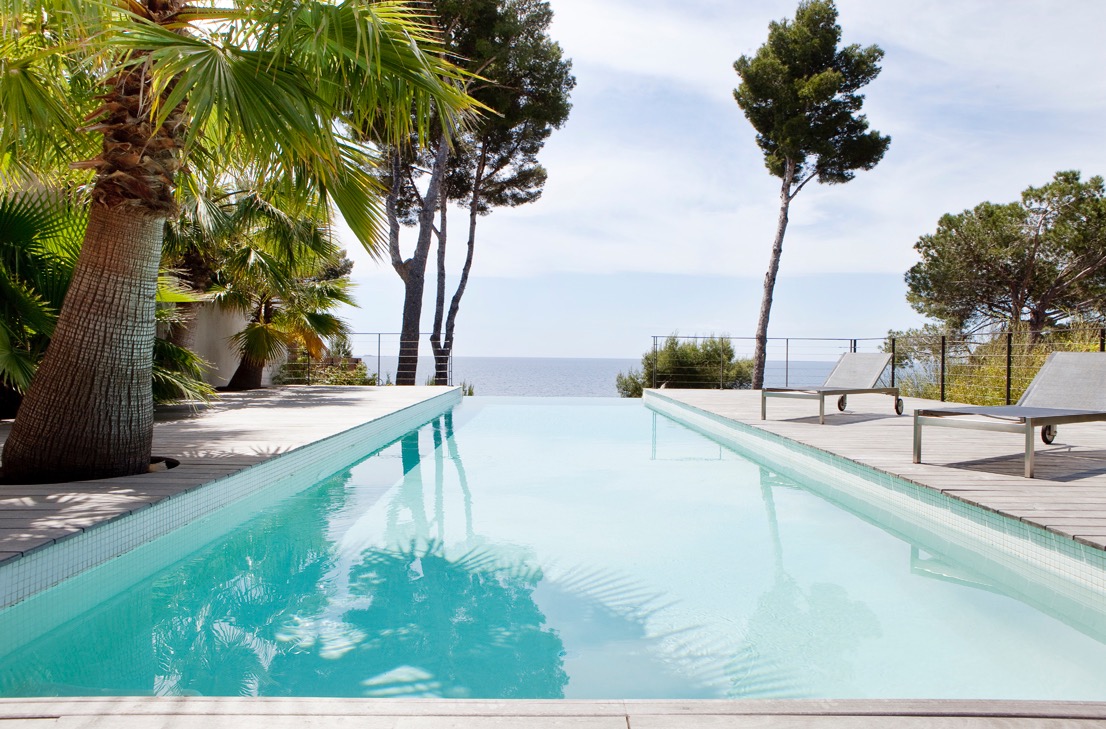 Villa M1 in Giens: Gaining in lightness is the main goal of this project. Its lines are pure and airy, almost stripped bare, to make the very most of the volumes interacting with the view of the sea and the swimming pool.
Photos : © Lisa Ricciotti 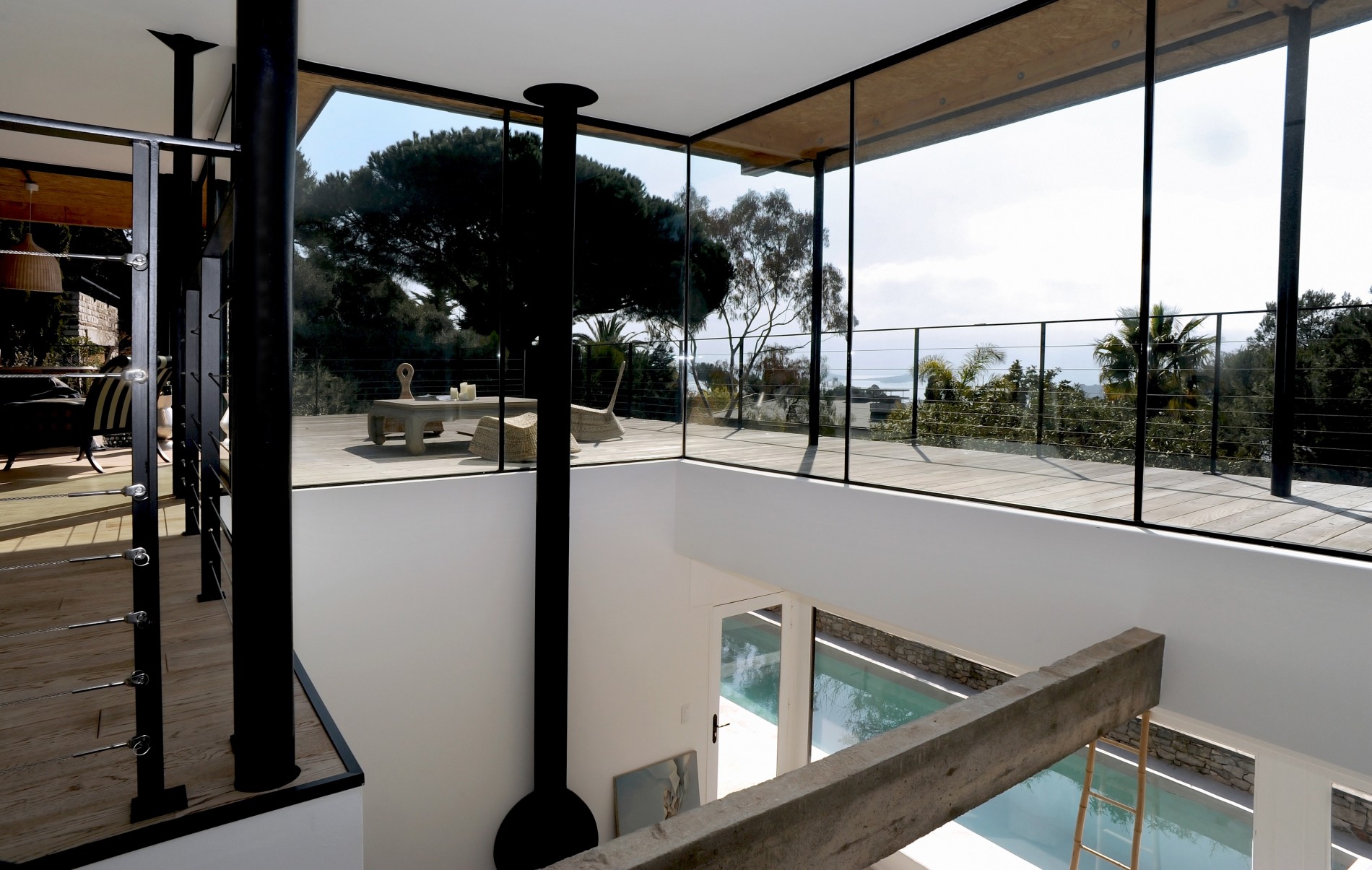 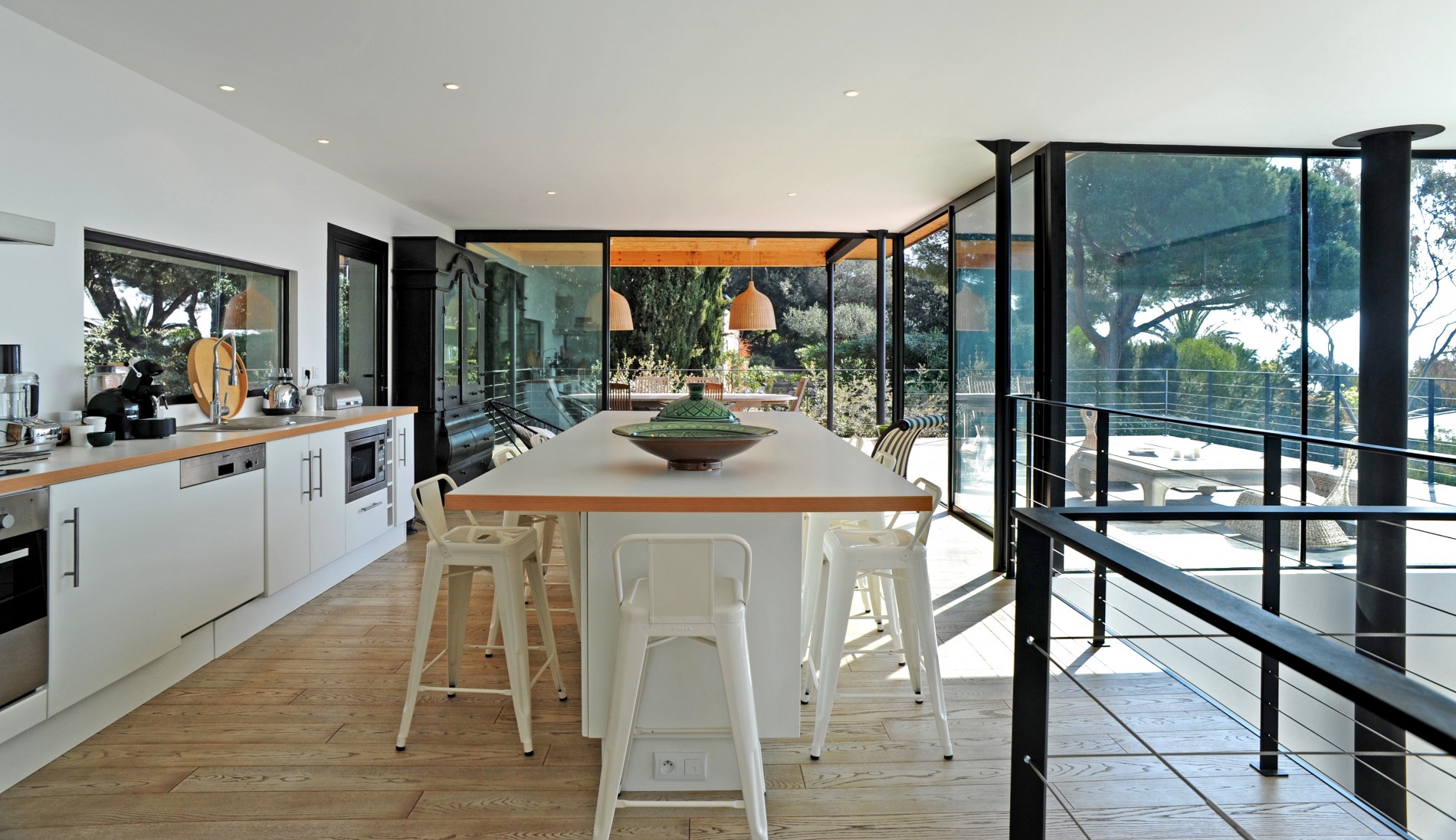 Villa C2 in Carqueiranne: Assertively contemporary, with its insertion into the hillside ensuring harmonious integration, the villa is camouflaged behind existing, restored stone embankments, and its luxuriant garden.
Photos : © Pierre Jean Verger 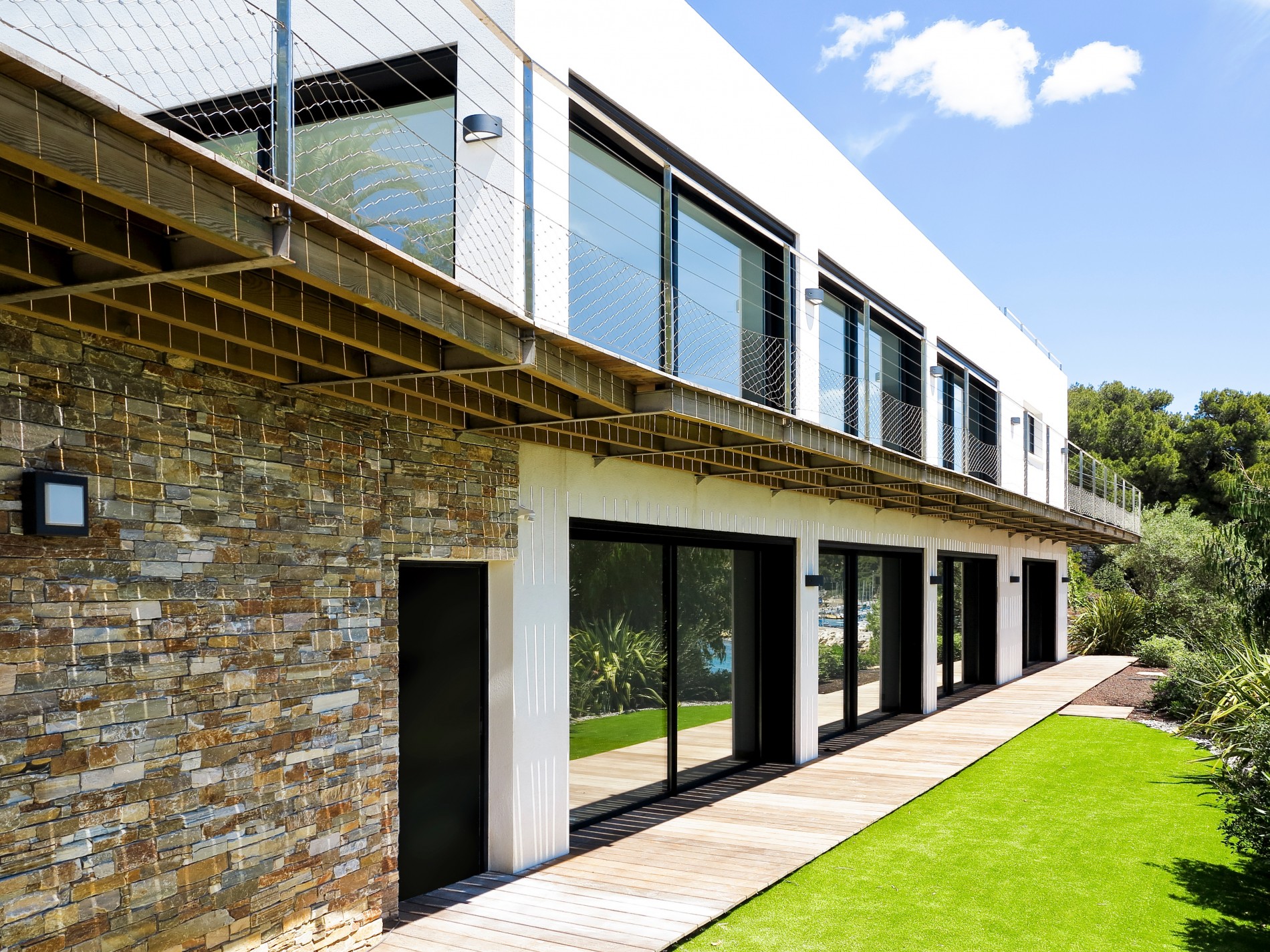 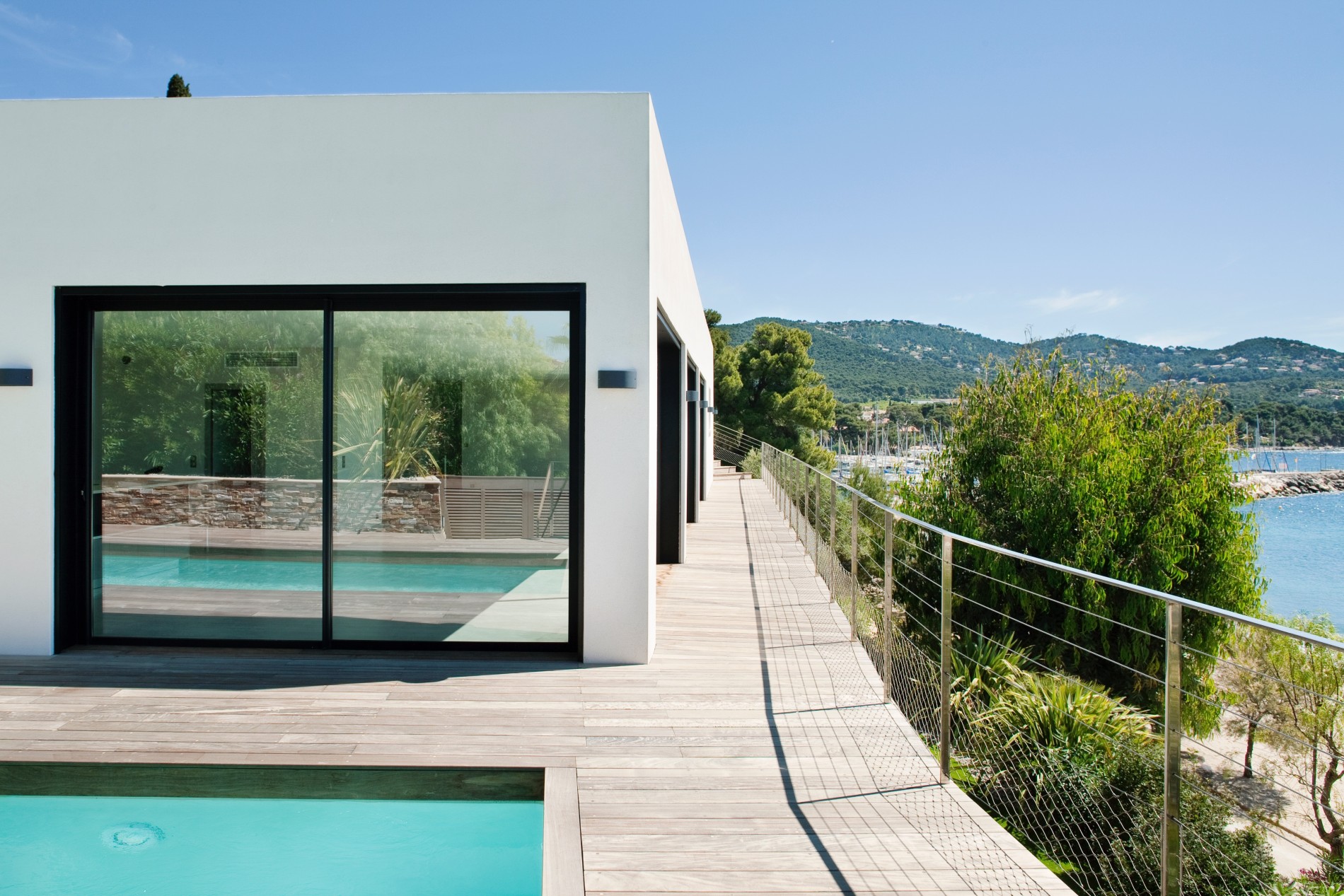 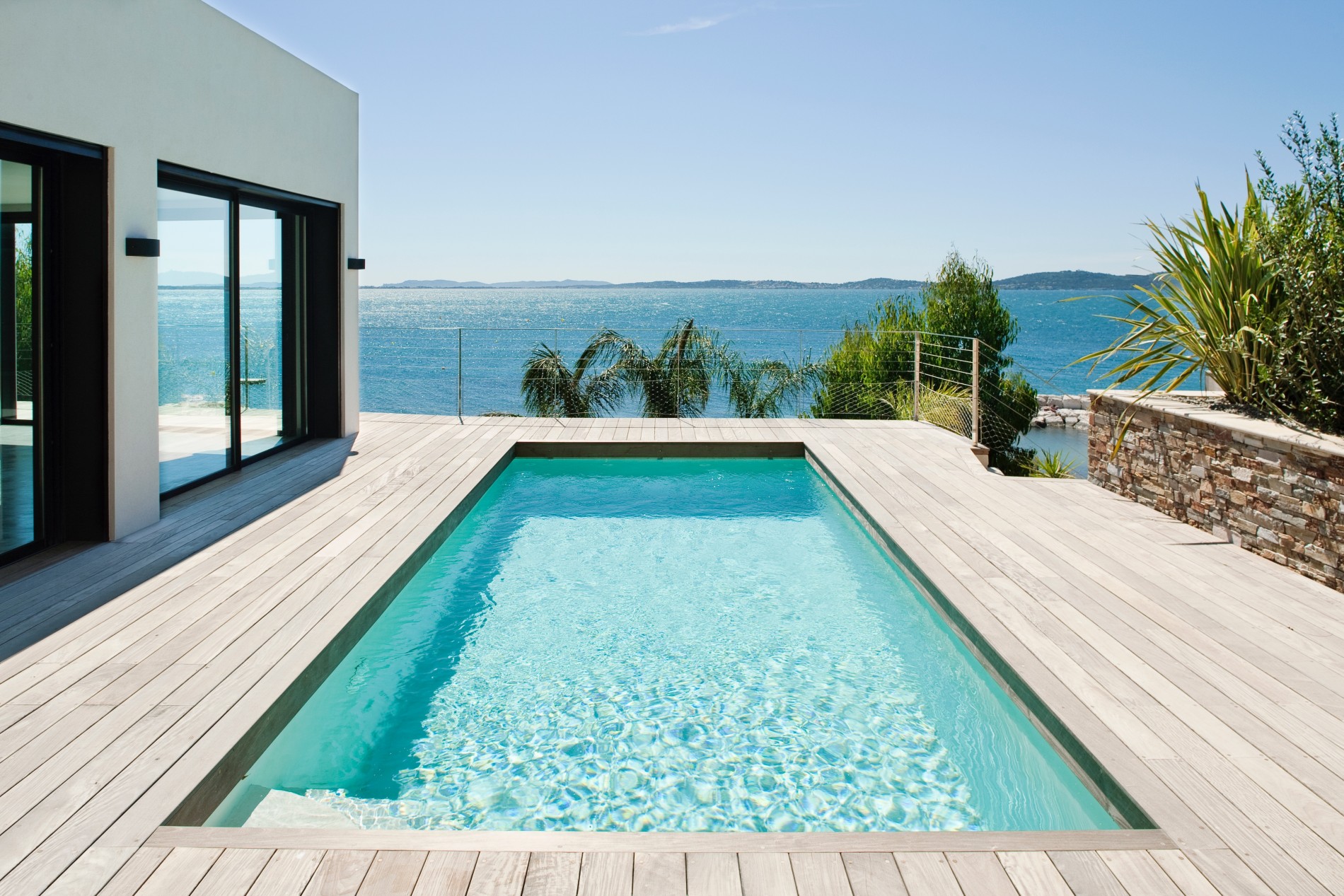 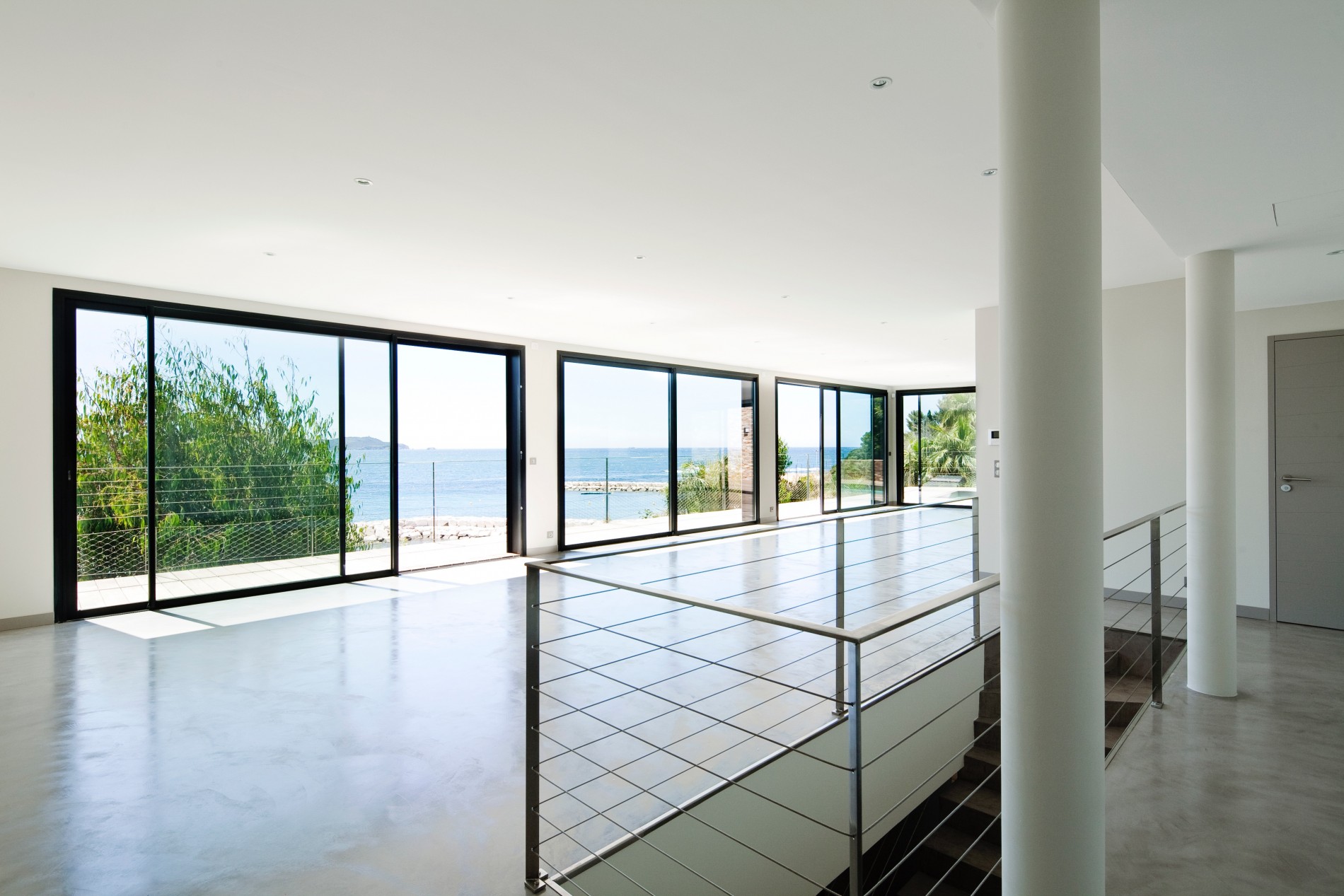 Villa C3 undergoing completion, in Carqueiranne: the main part of the villa has an accessible and partly vegetalized roof-terrace. Part of the project is covered by a single-sided roof at a 25% slant. It is comprised of a complex of wood + insulation + waterproofing, with the northside drainage 7 metres from the lowest level of the natural terrain at the foot of the villa.
Photos : © Cerise Doucède 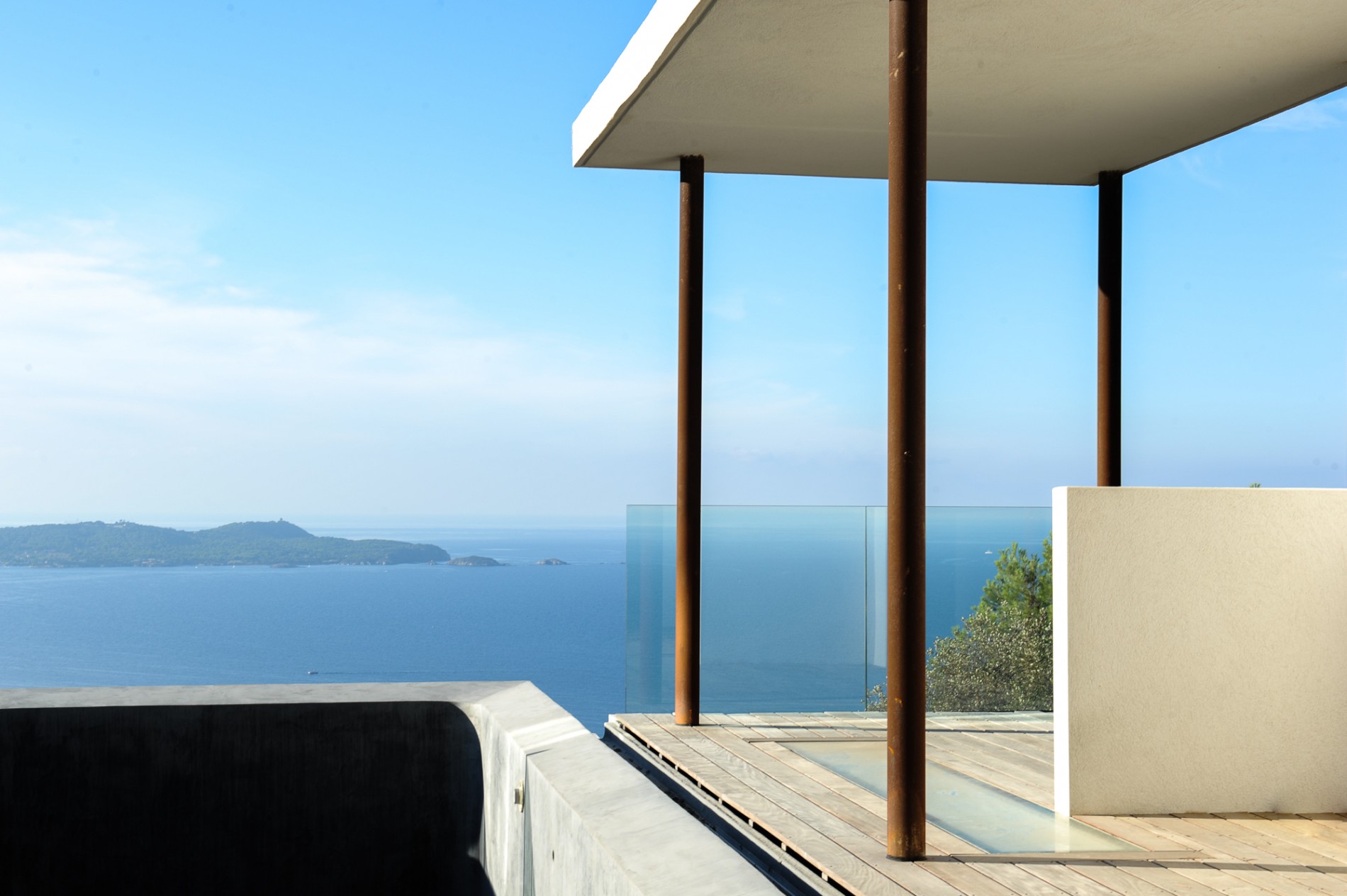 Absorbing the “genius loci” or spirit of a place, understanding a site, its elevation, orientation, vegetation, and its architectural environment, in order to then reveal it through a perfectly integrated and well-adapted project is also the approach towards high environmental quality to which everyone now adheres.