PACT is delighted to present « Invisiblers », the rst solo exhibition of Canadian artist Amy Brener in Europe, on view from January 26 to March 10. A text by French archeologist Michael Jasmin will be presented in conjunction with the show, exploring the singular and anachronistic universe of Brener’s work. 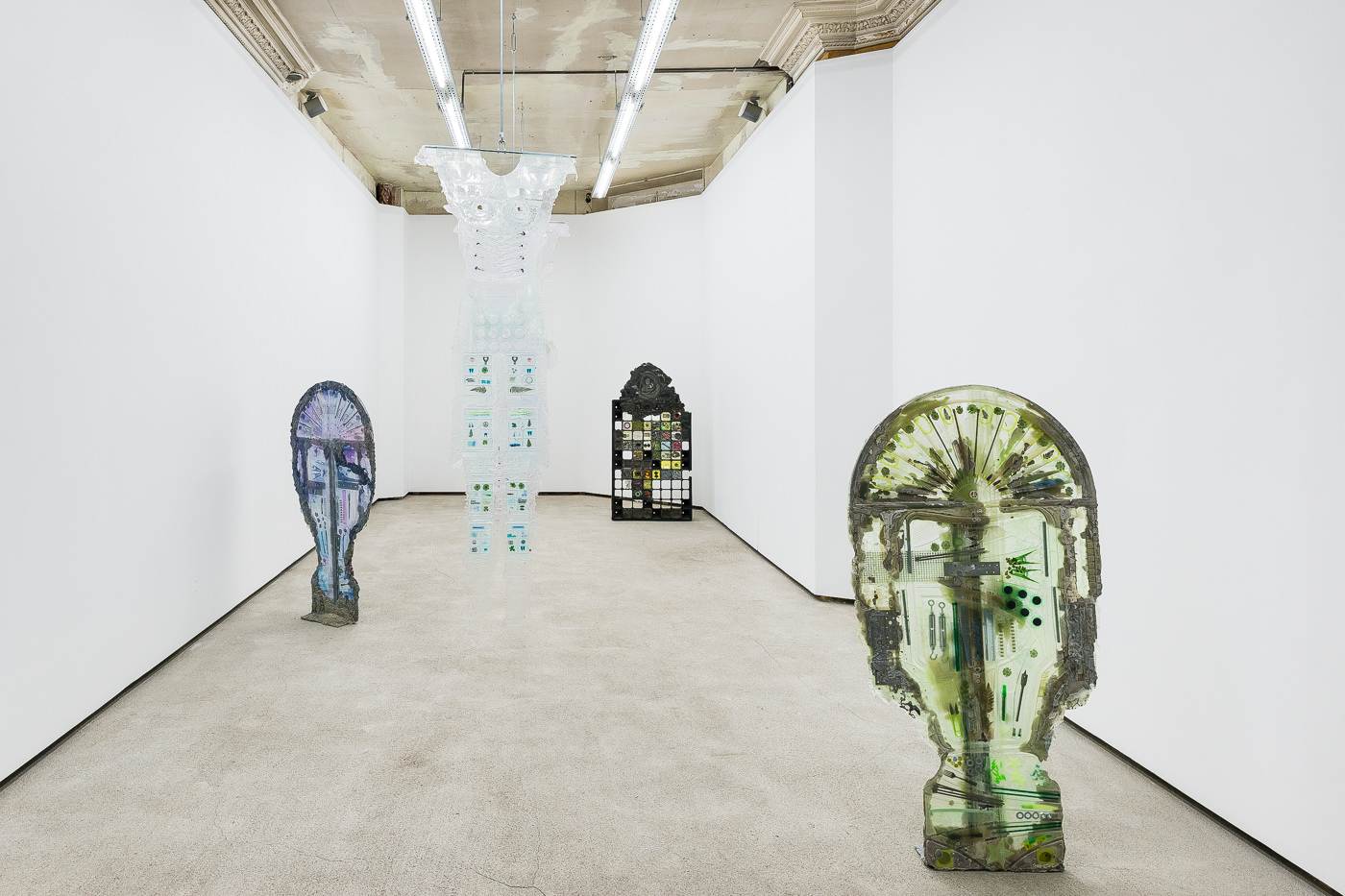 « How do we name these silicon tunics? They seem to be aligned with the Invisiblers, but questions remain: should we look for an origin and in uence in some distant past, or does Amy Brener draw her inspiration from a distant future? And if so, how does she access it?
What kind of powers do these tunics hold? From what dangers can they protect their wearers? These Invisibler tunics have aroused in me a sense of displacement. A temporal shift, a chronological shift; when time gets tangled and loses us in its labyrinth. »

«In her struggle to capture time, Amy Brener chooses her weapons: silicon and resin armors. These armors worn like stretched skin, meticulously built, transparent but protecting, recall armors from Antiquity, but they could also belong to some creature come from a distant future, or to a science with potentialities beyond ction.»

«Amy Brener builds silicone traps where everyday objects are caught: ferns and fragments of combs, seeds and hardware, keyboards and pliers, forks and fuses. Little things that speak the language of everyday life. Enveloping them, the tunics become time capsules. In small airtight squares, items are covered and preserved by silicone skin. Rendered unalterable, they display our daily material memories, protect the past and allow us to face the future.» 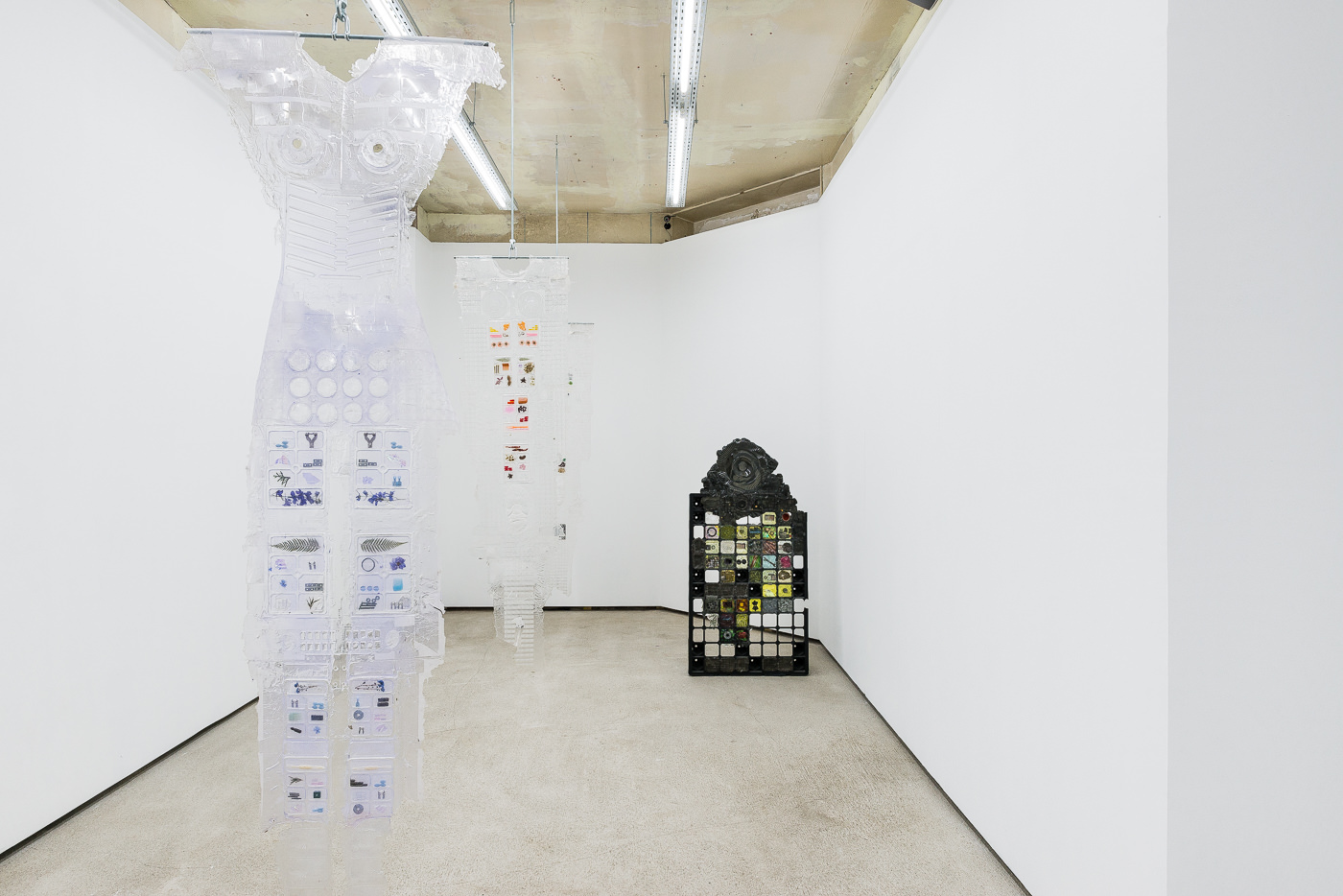 Amy Brener (born 1982 in Victoria, BC, Canada) lives and works in New York. She was recently included in Greater New York 2015 at MoMA PS1 in New York. Her work has exhibited internationally at institutions and galleries such as Wentrup Gallery in Berlin, Derek Eller Gallery and the Katonah Museum of Art in New York, and Susan Hobbs Gallery in Toronto. Brener received the NYFA Fellowship for Crafts/Sculpture in 2015, attended Skowhegan School of Painting and Sculpture in 2011, and graduated with an MFA in Sculpture from Hunter College in 2010. 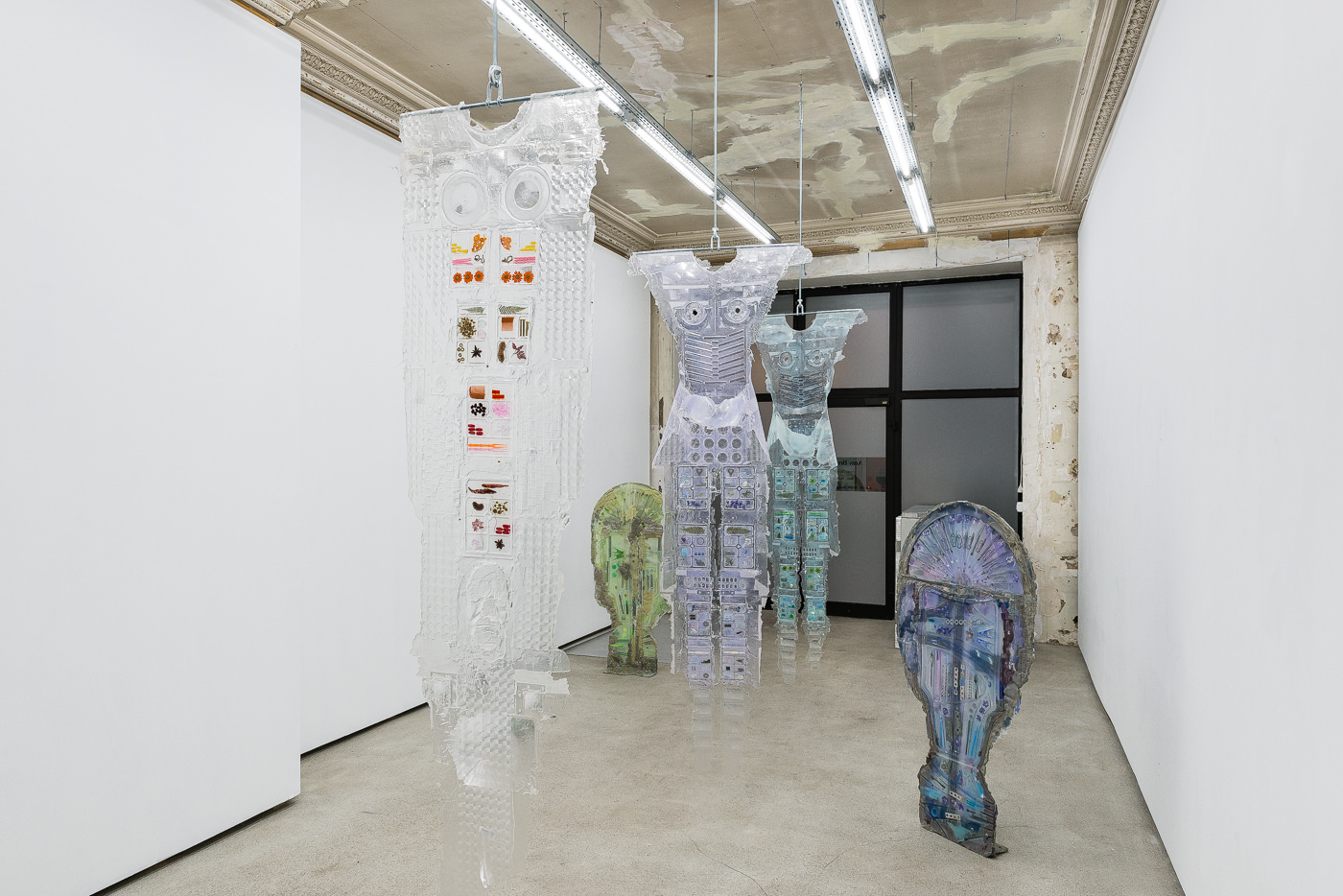 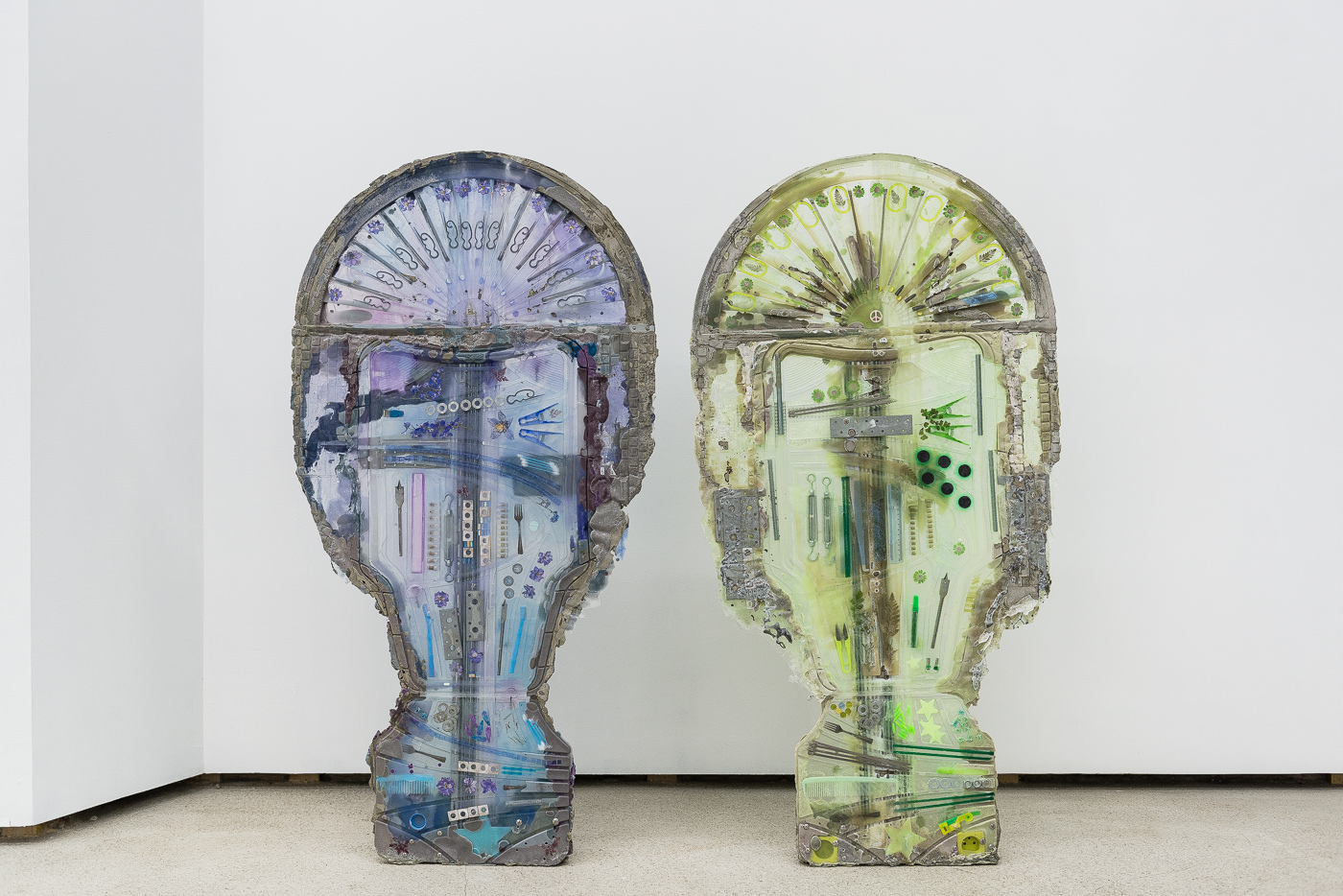 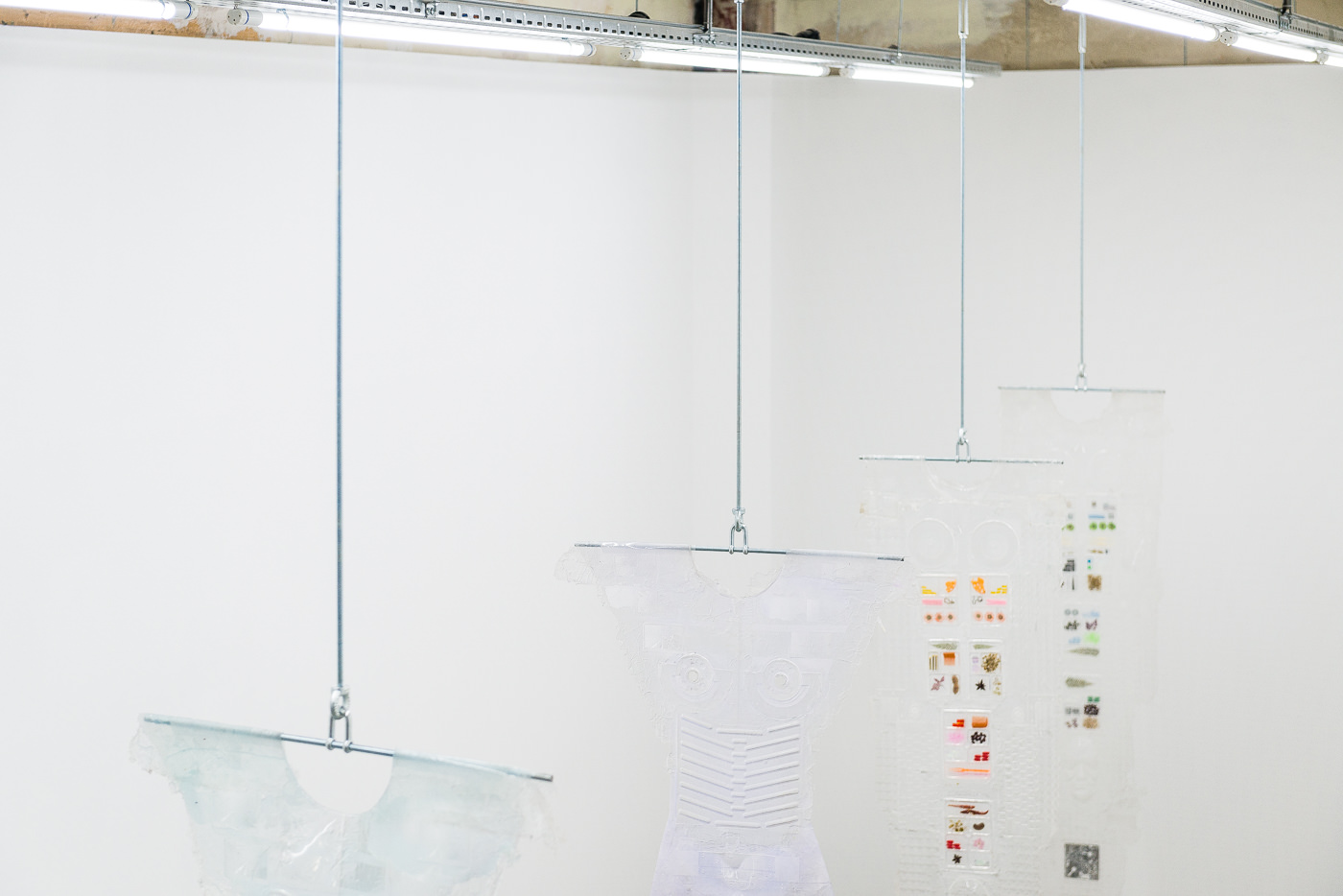